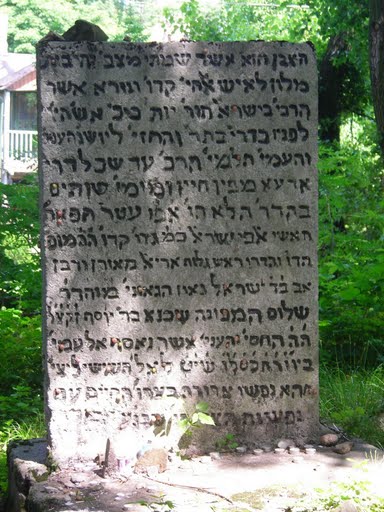 Kislev is the Hebrew version of the Babylonian Kislimu. Scholars debate the etymology of Kislimu, so we’ll leave it to them.

There is something here I couldn’t miss. Apparently, the non-Semitic name for this month is… “Itu KANKAN-Nu”!!!! In Hebrew, we are also not so far away, since in Kislev happened the miracle of the Kankan! “UMinosar Kankanim Naaseh Neis…”

Today,461 years ago, in the year 1558, The Great Rabbi Shachna from Lublin passed away. R’ Shachna was of the first Rabbanim in Poland. He was a pupil of Rabbi Yacov Pollak. He gave his daughter Golde, to his favorite student, Rabbi Moshe Isserels, later known as the Rema from Cracow. During his lifetime, was established the famous Council of Four Lands, which was very active in Lublin, and he took a leading part in it.

Source: W. Muss-Arnolt, The Names of the Assyro-Babylonian Months and their Regents, Journal of Biblical Literature page 167. Lekoros Hayehudim BeLublin.