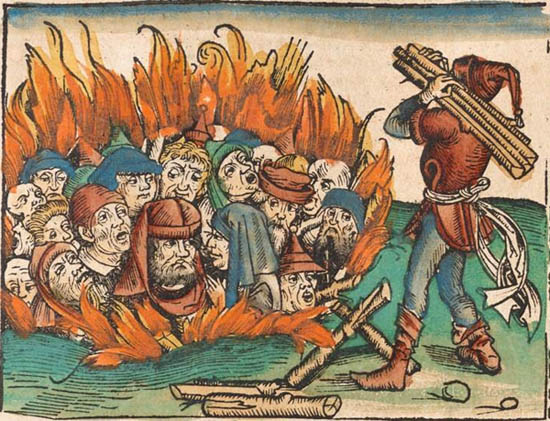 Today, 722 years ago, in the year 1298, the Jewish community of Röttingen fell, as the first victim to the Rintfleisch massacres.

In short about these massacres, we read “The Rintfleisch or Rindfleisch movement was a series of massacres against Jews in the year 1298. The event, in later terminology a pogrom, was the first large-scale persecution in Germany since the First Crusade.”

Rintfleisch is the name or nickname of the person in charge of this movement. He was eventually hanged.