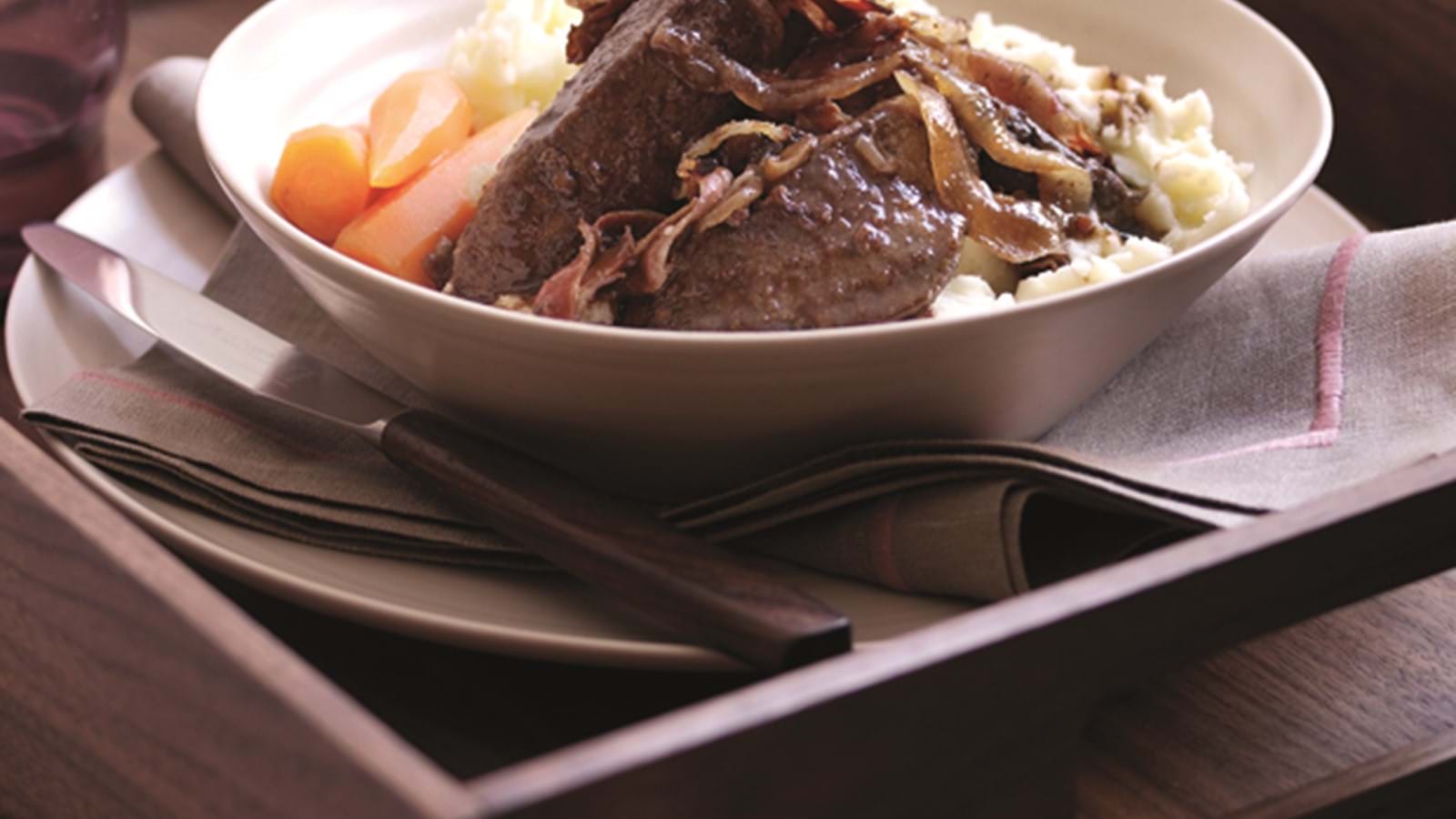 He Summoned His Shver to Beis Din

He Summoned His Shver to Beis Din

Description: Gravestone of the Taz in Lviv
Note: To our dismay the cemetery where the Tav has been put to rest, has been destroyed.

Throughout the ages, there have been many gedolei Yisrael who shared a father-in-law and son-in-law bond.  One of these special bonds which was unique in its closeness, is that of the renowned authors of Halachic works, the Bach and the Taz.

The Bach and Taz occupied the two most prestigious rabbinical posts of European Jewry in their time, those of the communities of Cracow and Lwów, respectively.  But this wasn’t the case at the outset of their rabbinic careers.  They both started out as rabbanim of poor, small communities, which paid them only meager wages.  Nevertheless, they looked out for each other and tried to help one another as much as possible, in whichever way they could.

With these details as the backdrop, we will now learn of a fascinating din Torah in which they were both involved.

Summons to a Din Torah

In the reception hall of the beis din in Medzhybizh, Ukraine, sat the secretary of the dayanim. Demure of character, yet a talmid chacham in his own right, he was responsible for storing all the records of the various dinei Torah that took place.

“I have a din Torah with someone!”

“You just got married and already you have a din Torah with someone?”

“And what of it?  A shana rishona yungerman can’t have a din Torah?”

The secretary was quite taken aback by R’ David’s reply. “Your father-in-law? You just got married – and you’re calling him to a din Torah?”

“Okay, whatever you say.  I am not going to get involved in your business.” The secretary checked the time. “You can go into the dayan now.”

R’ David went to the dayan to discuss his problems.

The secretary knew that R’ David and his wife were living in his father-in-law’s house, as was customary in those days for newly-married couples.  He was also aware that R’ David was the new son-in-law of the town’s esteemed rav.  Whatever could be the problem?! The secretary couldn’t hear the words of the softly-spoken R’ David, but he clearly heard the dayan’s answer, “R’ David, I understand what you are saying.  You have a point.  We will summon your father-in-law to a din Torah.  Please come over tomorrow morning, after shacharis.”

What Took Place at the Beis Din?

Description: Gravestone of the Bach in Cracow
Note: To our dismay all gravestones (but for the Remah’s) in the cemtery have been displaced during WWII, and they have been re-erected, but not in their original places.

The most senior dayan sat in the center of the room, while on either side of him sat two dayanim, their hallowed stature accentuated by the taleisim which they wore.  There was a subtle tension in the air.  In front of the dayanim stood R’ David and some distance away, his father-in-law, R’ Yoel.

“Let the accusing party put forth his claim.” The senior dayan proclaimed.

R’ David lifted his face to look at the dayan, his voice steady.

“Before my wedding, my father-in-law promised to support me and to provide a supper of meat every day.  So far, he hasn’t kept his promise!”

“Do you have anything else to say?”

“Let us hear the accused party.  What does he have to say?”

“I really don’t understand my son-in-law’s claim.  Since he wedded my daughter, he’s had a satisfying meal of meat every day!”

“Since my wedding, I haven’t received a single meat-based dinner from my father-in-law!”

“R’ David…” one of the dayanim turned towards him after a moment’s consideration, “I believe I heard you speak last night in the klauss.  You were telling your chavrusa that you are still fleishig from the supper you had eaten at your father-in-law’s home.  Can you please explain what’s going on here?”

“It is quite simple:  My father-in-law doesn’t give me real meat, he gives me only liver!”

The dayanim were astonished and stumped.  This was a harsh accusation coming from R’ David against his father-in-law.  Bear in mind that R’ Yoel was the respected rav of the town!

“If liver is not meat, then what is it? Fish? You, yourself said you were meaty afterward, what exactly is your problem?  What do you want from your father-in-law?  Your accusation is bizarre if you don’t mind me saying so!”

“Of course, the liver is fleishig.  But when you take upon yourself to give meat, then you can’t give cheap liver.  ‘Meat’ means a regular portion of meat.  Liver may indeed be fleishig, but it is not meat!”

“R’ David, do you mean this seriously? Perhaps you don’t like liver.  But for this, you’ve come to the beis din with a whole court case – about your supper?! How do you expect the beis din to judge in your favor? Can you bring proof to support your stance?”

“Of course! There is a well-known Gemara which states: “Yalsa said to her husband, Rav Nachman, ‘As a rule, for any item that the Merciful One prohibited us from eating, He permitted an item that is similar.  He prohibited the consumption of blood, yet, He permitted the consumption of liver, which is filled with blood and retains the taste of blood.’  As you see this from this Gemara, it’s a piece of meat with the taste of blood.  Rashi, in his commentary on that Gemara writes, ‘It’s a piece of hardened blood.’ Therefore, you see that liver is blood, not meat!”

“R’ David, do you have anything else to add?”

After a short discussion amongst the dayanim, the head of the beis din announced, “We pasken that liver is meat, and has all the halachos of meat.  If the rav said that he will give meat to his son-in-law, then the liver will suffice.”

R’ David and his esteemed shver left the beis din.

Give Me One Good Reason!

“R’ David!” the secretary of the beis din called out as the Taz was leaving, “Can you please explain what that was all about?”

“Listen, of course I know that liver qualifies as meat, and I knew how the dayanim would rule.  But I can also see that my father-in-law is so poor that he can’t afford to give me meat every day as he promised.  That is why he settled on giving me liver.  In reality, though, it does not qualify as meat since I do not get the same nutrition and sustenance from it, which, in turn, undermines my learning.

The secretary realized that this was no ordinary, run-of-the-mill yungerman.

Even if it comes as a result of a din Torah, those who toil in Toras emes, seek to clarify the halacha to the point where a Yid can live by its laws.  Most often, halacha is formulated as a result of real-life events.

Rabbi Yoel Sirkes went back to his study and decided that his son-in-law had raised a very good question about Halacha. “What would be,” he thought, “if someone were to make a promise not to eat meat.  Is he allowed to eat liver?” He sat at his table and wrote a lengthy teshuva on the subject.

That din Torah did nothing to diminish the respect that the father-in-law and son-in-law had for each other.  Indeed, R’ David turned out to be the most renowned disciple of his father-in-law, the Bach. Years later, R’ Yoel sent the responsum he had written following the din Torah as a gift to R’ David, who was the rav in Potelych, Ukraine at the time.  R’ David, too, went on to become known for his greatness in Torah through his commentary on the Shulchan Aruch.