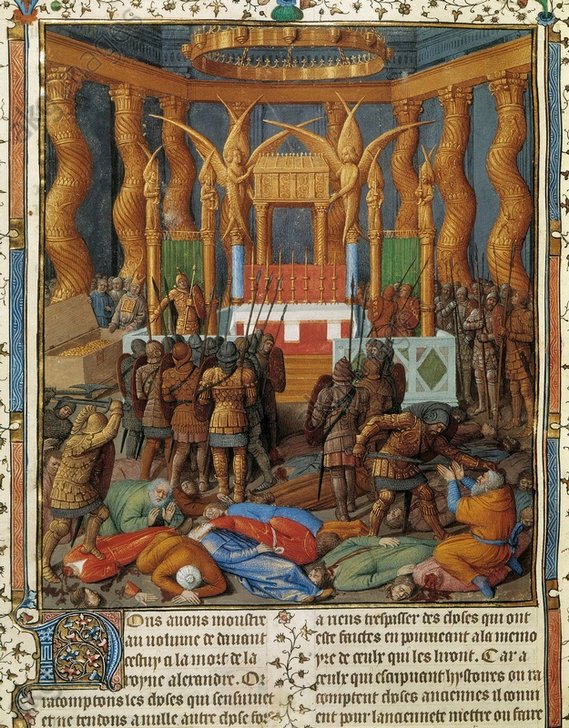 Desecration of the Temple of Jerusalem in 63 BC by Pompey and his soldiers נט Jean Fouquet
Date: c.1470

Well, we’re still a month away from Chanukah, but, it’s nearly 30 days beforehand. We are going back to the times of the Chashmonaim’s revolt against the Seleucid Empire–Syrian Greek. When the Chashmonaim had the upper hand, they tore down the Soreiga hall (not to confuse with the Soreg wall) which was built by the Greeks in the holy Azarah.

What was so bad about the Soreiga that its demolition called for a yearly Yom Tov?

The Greeks dedicated this room for prostitutes. Therefore the day of its destruction was called to be a Yomtov.

When they demolished the Soreiga, they found therein a collection of gemstones. The Chashmonaim weren’t sure if these stones were tahor–pure or tamei–impure, so they were put into genizah–storage until the day Eliyahu Hanavi comes and will solve this issue.