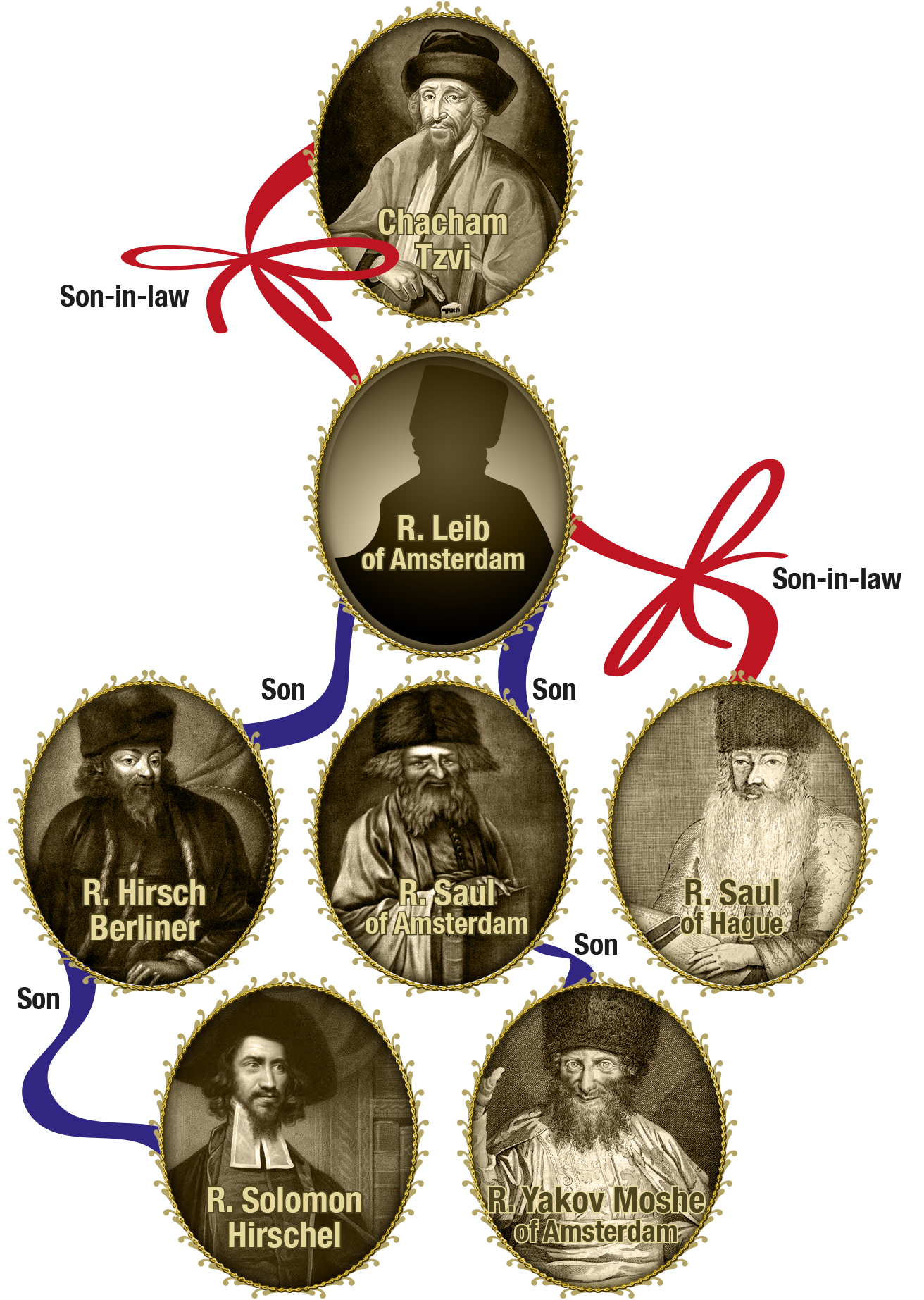 Amsterdam, 1740: Rabbi Leib the son-in-law of the Chacham Zvi, was invited to take over the rabbinate.

Rabbi Aryeh Leib was married to Rebbitzen Miriam, the daughter of the Chacham Tzvi. After his marriage, he studied with his father-in-law.

Eventually, he served as rav in the communities of Dukla, Raysha [Rzeszów], Golige [Holohory], Lemberg [Lviv], and Amsterdam. The latter two positions were previously occupied by his father-in-law, the Chacham Tzvi.

On 24 Tamuz 1740, while serving as rav of Golige and Lemberg, R’ Leib signed his last approbation on the Amsterdam edition of the sefer Ayin Yaakov.