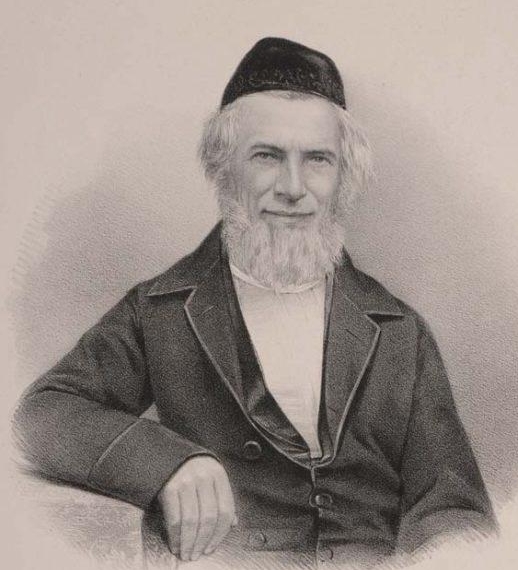 R’ Yokev Ettlinger, authored many sefarim, one of them is the sefer Aruch LaNer, and with this he’s known as the Aruch LaNer.

On wikipedia we read: “In one teshuvah, he responded to Rabbi Zvi Hirsch Kalischer, who was attempting to attract support for his movement to build the Third Temple and offer sacrifices there. [Rabbi] Ettlinger expressed strong opposition. Among his arguments was that most sacrifices would not be valid in any case. [Rabbi] Ettlinger posited that since the Mishna states that for a sacrifice to be valid it must be offered with intent to generate reach (literally meaning “scent”), any sacrifice offered during the period of exile will be automatically invalidated, since the Torah clearly states that G-d declared he would no longer “inhale” the “scent” of the offerings in the epoch of exile, thus rendering any intent of generating reach void and farcical.”