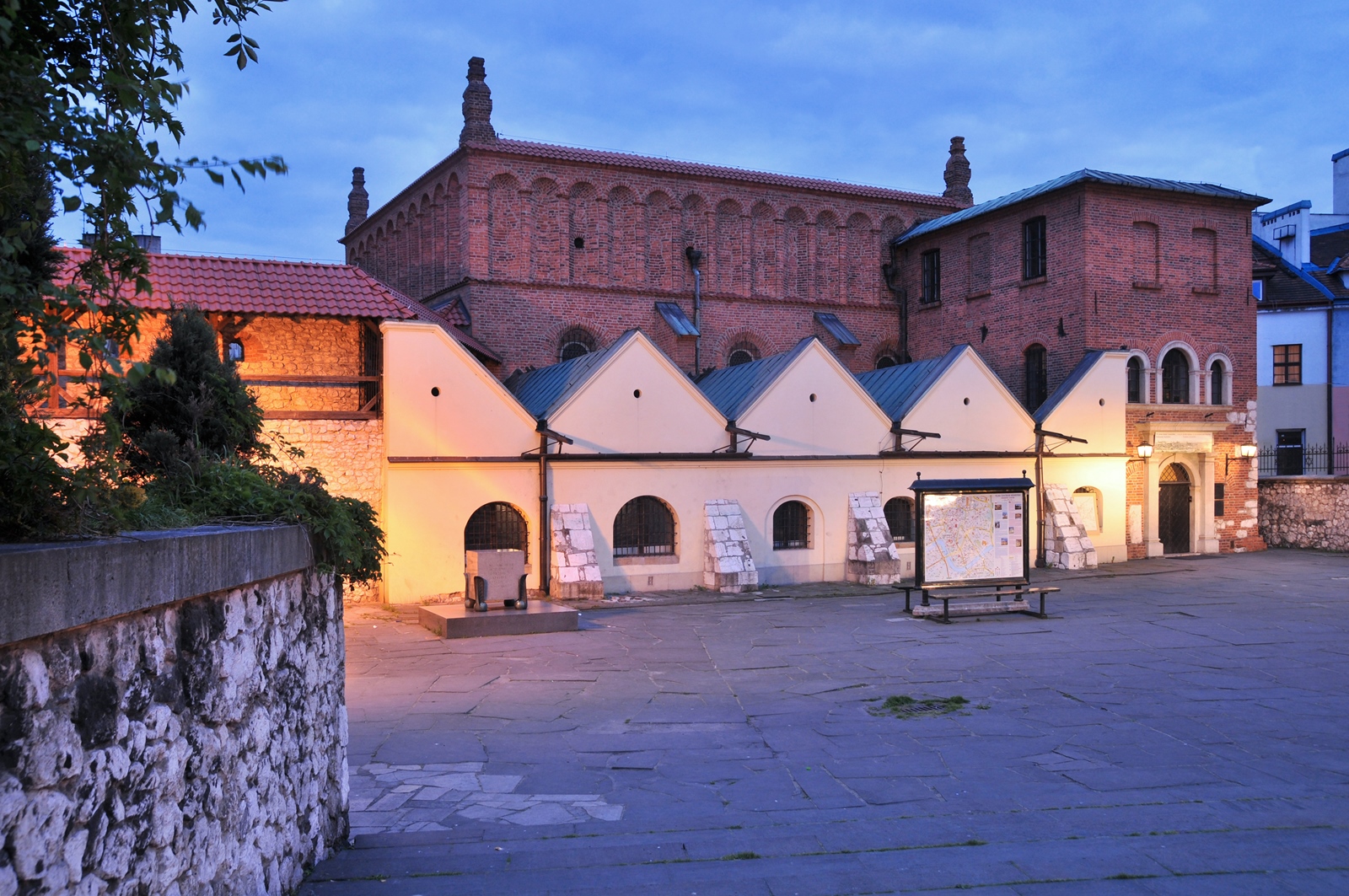 Old Shul in Cracow, where the Beis Din was seated,

R’ Yossef Katz, was nearly 80 years old at his passing. He was a brother in law to the Rema from Cracow, as they both married two sisters. His wife Shprinza, and the Rema’s wife Krendel, were daughters of R’ Moshe Eberels from Cracow.

During their lifetime, there were in Cracow three Beis Dins, Jewish Courts, each one headed by its own Av Beis Din. This phenomenon leads many historians to believe that Cracow had more Rabbanim than it actually had. Since, in general, the title Av Beis Din refers to the Chief Rabbi of a community. But this was not the case in Cracow. The Rema was the official chief rabbi of the community of Cracow, and at the same time, there were another two Av Beis Dins; one, his brother in law, R’ Yossef Katz, and the other one, Rabbi Moshe Landau.