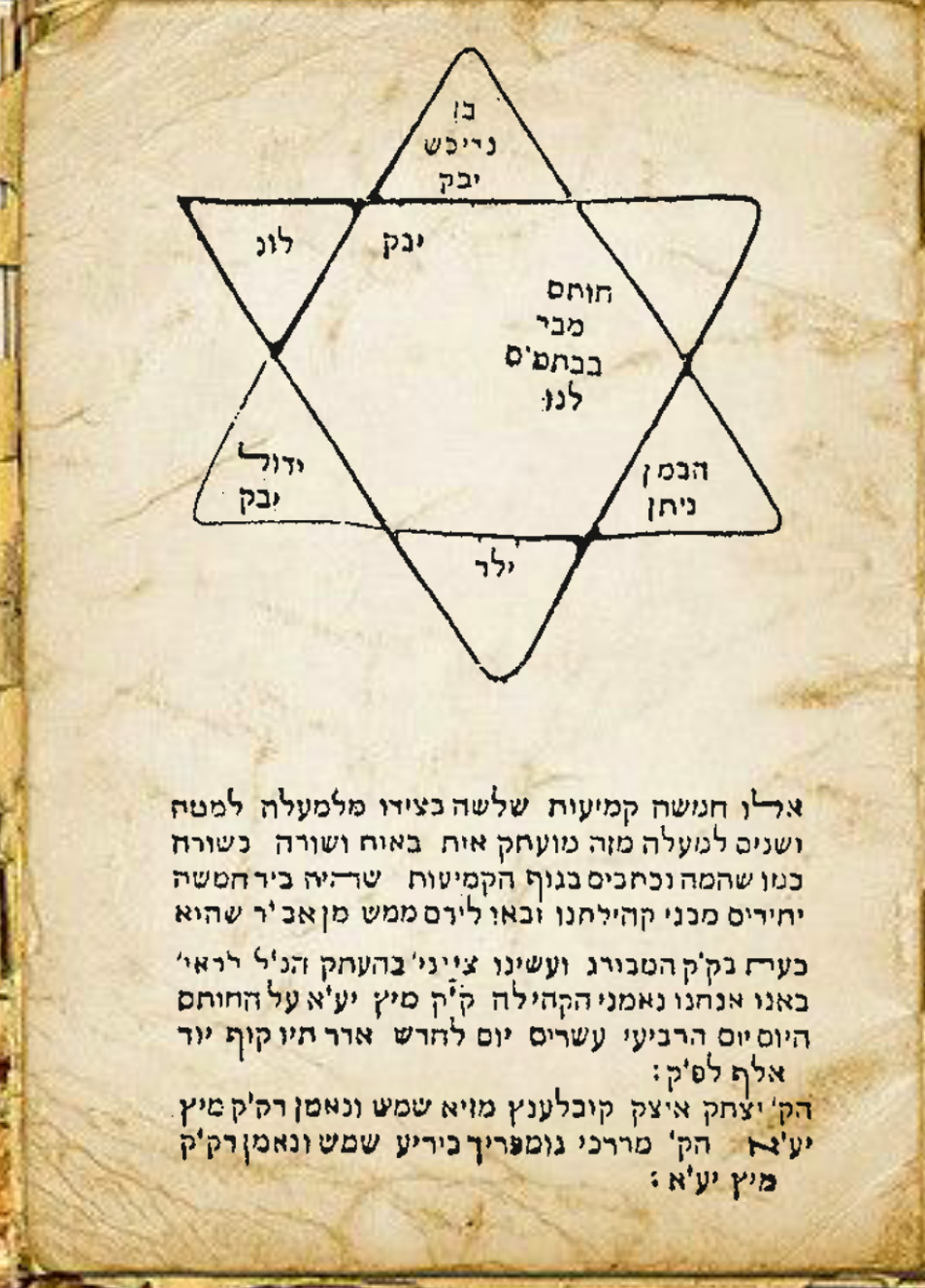 Altona, 1751: The start of the dispute, between Rabbi Yakov Emden and  Rabbi Yonathan Eybeshutz.

R’ Yakov’s opinion leaked out somehow, and he was asked to come to a meeting with the leaders of the community. A nice carriage was sent out to fetch him, but at the meeting, R’ Yakov felt that he’s being framed, and therefore decided not to answer. He was asked to meet again with the leaders of the community, a few days later, but R’ Yakov was advised by his people not to attend, as they planned to harm him. Therefore, on 9 Shevat, after Krias HaTorah, he made an announcement, in which, he declared, that he respects R’ Yonathan, he doesn’t know who wrote this amulet, but the amulet shown to him is filled with heresy.