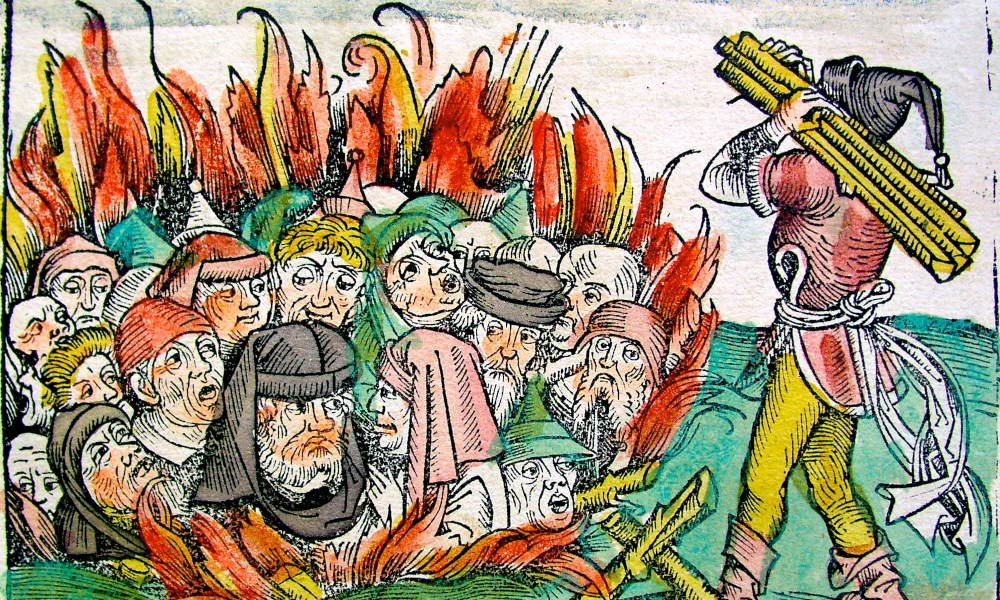 Worms, 1349: Persecution of Jews during the Black Death

The caption says it all! Jews in Europe were persecuted, during the times of the Black Death, with the fabrication that they poisoned the water in the wells. 10 Adar B, the Jewish community of Worms was attacked by the christians, and many innocent Jews massacred. This day was proclaimed in Worms as a yearly fast day.

As a matter of fact, “Pope Clement VI tried to protect the Jewish communities, issuing two papal bulls in 1348, on 6 July and 26 September, saying that those who blamed the plague on the Jews had been ‘seduced by that liar, the Devil’.”

In the chronicle of a contemporary chronicler, Die Chronik des Mathias von Neuenburg, we read: “During the pogrom of March 1, 1349, the beleaguered Jews of Worms set fire to their own houses, as may have happened elsewhere, there is no evidence of armed resistance.”