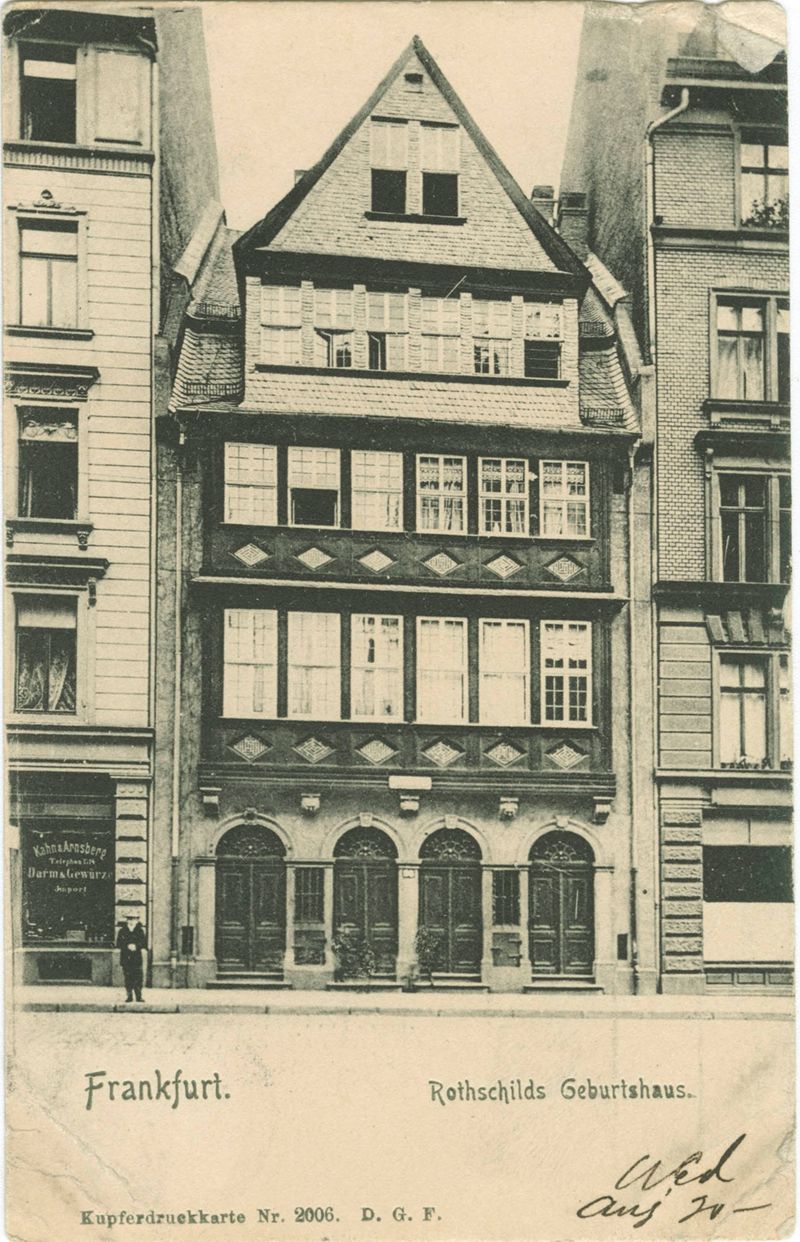 The “Rothschildhaus” had a “green” shield on it

Not much is known about him. He was born in Frankfurt on the Main into the famous Fläsche family.

It is interesting to note the origin of his name. ‘Fläsche’ is german for ‘bottle’. The house in which his family lived, was known by the name “Fläsche” since it had an image of a bottle as an icon. People in Frankfurt were known by the names of their houses in which they lived, not by numbers, but rather by images. We find that these images were later engraved on the gravestones in Frankfurt, for identification.

Sometimes, these names got stuck even when they moved to different houses with different names. A good example would be, the famous Rothschild family. Originally the family lived in a house in which the icon was a red shield, but later they moved to a house that had a green shield, but they kept the name Rothschild – Red Shield.