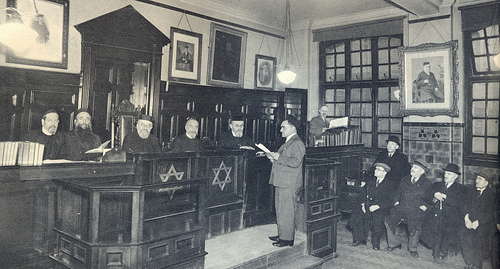 London, 1760: The testimony of a former apostate was accepted in the London Beis Din.

The witness of a former apostate, who did teshuva, appeared on the London Beis Din and gave his testimony for the benefit of Mrs. Yehudis, so she should be able to get remarried.

The testimony was that he traveled with this Yeshaya, the husband of Yehudis, when a storm threw Yeshaya overboard into the wild seawater. Yeshaya lay face up in the water for six hours, then he disappeared. When the boat stopped at a nearby island, he found Yeshaya lying, and he felt that he still had some life to him. He tried to save him, but Yeshaya died in his hands.

The response was in favor of Yehudis, that she can remarry, Rabbi Chaim Rappaport from Lemberg, signed in Pilica, Poland, at the assembly of the Va’ad Kodesh, of the Council of Four Lands.