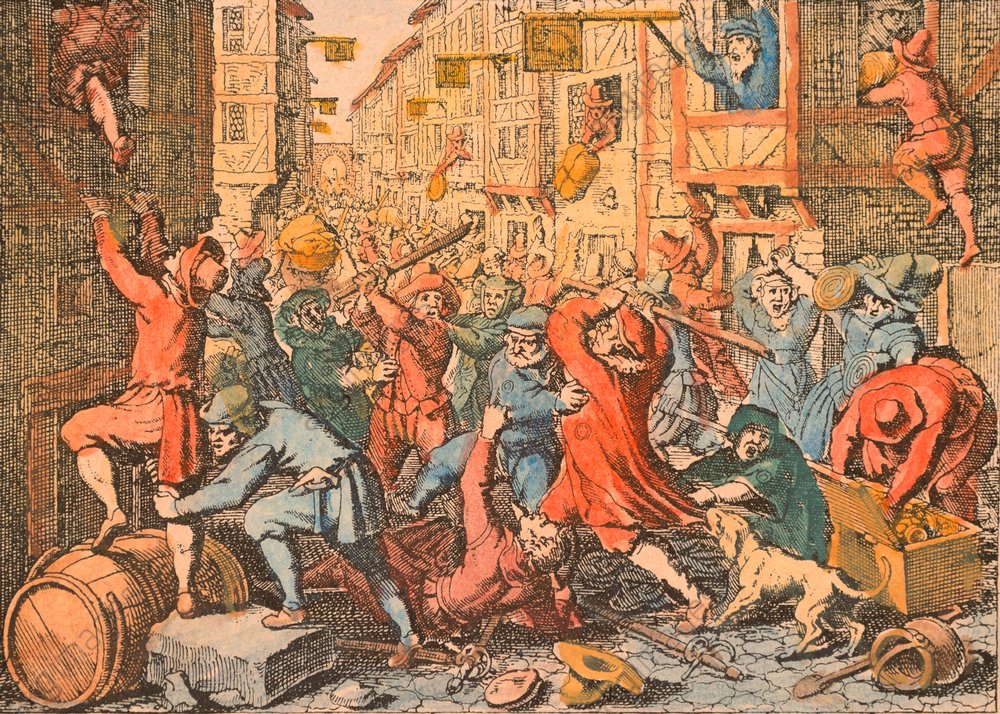 “This communal Purim commemorates the persecution and expulsion of the Jewish population of the Frankfurter Judengasse during the Fettmilch Uprising in 1614 and their restoration to their homes on the order of the German emperor in 1616. The antisemitic leader of the uprising, Vincent Fettmilch, styled himself as the “New Haman” and propagated attacks on the Jewish community. In a final attack, the Jews were expelled and their property confiscated. Several months later, the German emperor ordered that Fettmilch be executed for the injustice; his beheaded and quartered corpse was hung on the gates of the city. Fettmilch’s house was also razed, and an account of his crimes and punishment was engraved on a pillar in German and Latin at the site. The Frankfurt authorities welcomed the Jewish population back with military honors.”