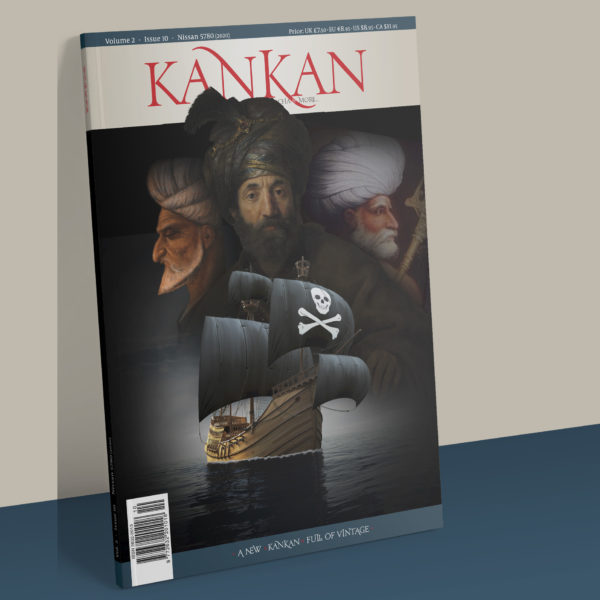 Shlomtzion HaMalkah: The Other Queen
– Who was She? by Rabbi Pinchas Landis

Pirates of the Mediterranean
– Sinan: The Great Jewish Pirate, by Yaakov Landman

Mordechai II
– Why was he Called Mordechai II, and by whom – not the Jews!

The Fast and the Feast
– Daniel is Being Sought By Whom? Where is he Going?

Beheaded and Alive?
– The Cossack’s Sword The Chacham Tzvi’s father under Attack

There are no reviews yet.

Be the first to review “Kankan – issue #10” Cancel reply