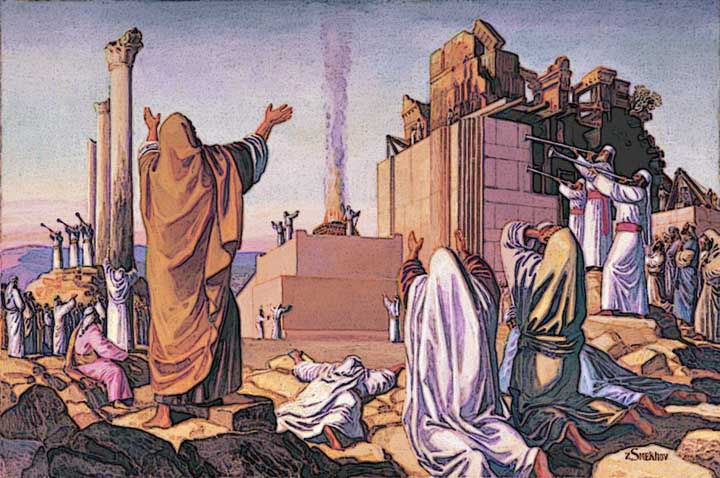 In his 1st regnal year, Cyrus, king of the Persians, released a decree, that the Jews can return to their holy land, and rebuild the Beis haMikdash. It wasn’t long thereafter that he retracted his decree, thereby stopping the sudden mass aliyah, and halting the rebuilding of the Beis Hamikdash.

In the 2nd regnal year of Darius, king of the Persians, the rebuilding of the 2nd Beis Hamikdash commenced, with the permission of the king himself.

In the 7th regnal year of Arthashastra, Ezra HaSofer made aliyah. He reached Jerusalem on the 1st of Av.