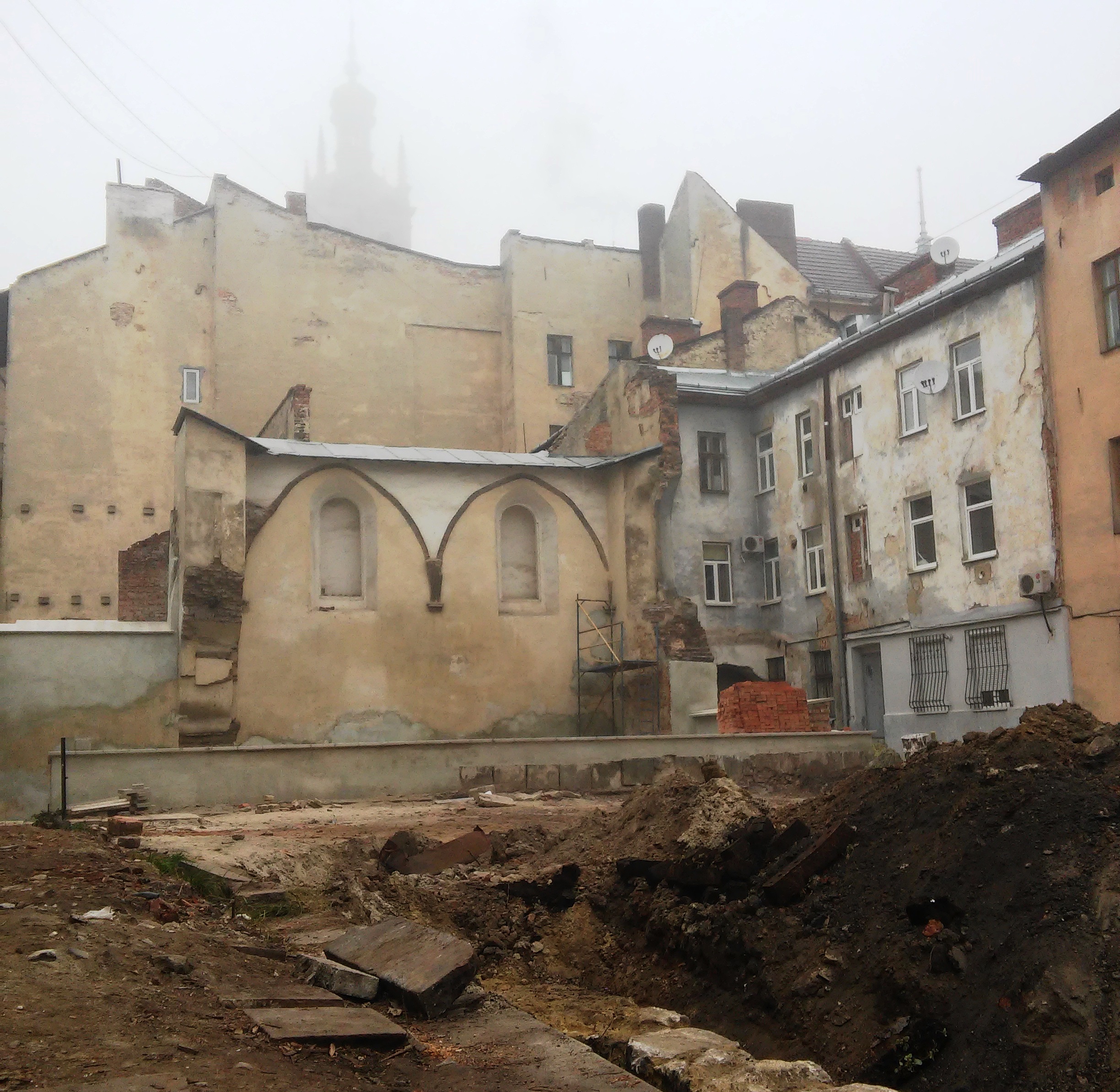 Remnants of the Golden Rose Shul, which was at the center of the Jewish Quarter

The nefilah refers to a massive explosion in the city of Lemberg [Lwiw, Ukraine], which shattered the Jewish quarter in an instant, surrounding it by fire. Many houses crumbled, and about 36 people were killed. Amongst them was the Pnei Yehoshua’s wife [Leah] and daughter [Gitel].

The Pnei Yehushua, Rabbi Yaakov Yehoshua, eventually the rav of this town, was also trapped inside a burning house. He realized that there was no escape for him. He closed his eyes and made a promise to Hashem, “If I find my way out, I’ll publish my chidushim in a sefer.” He opened his eyes and found a pathway out of the danger.

Indeed he found his way out, but alas, this wasn’t the case for his wife and his daughter and many more.