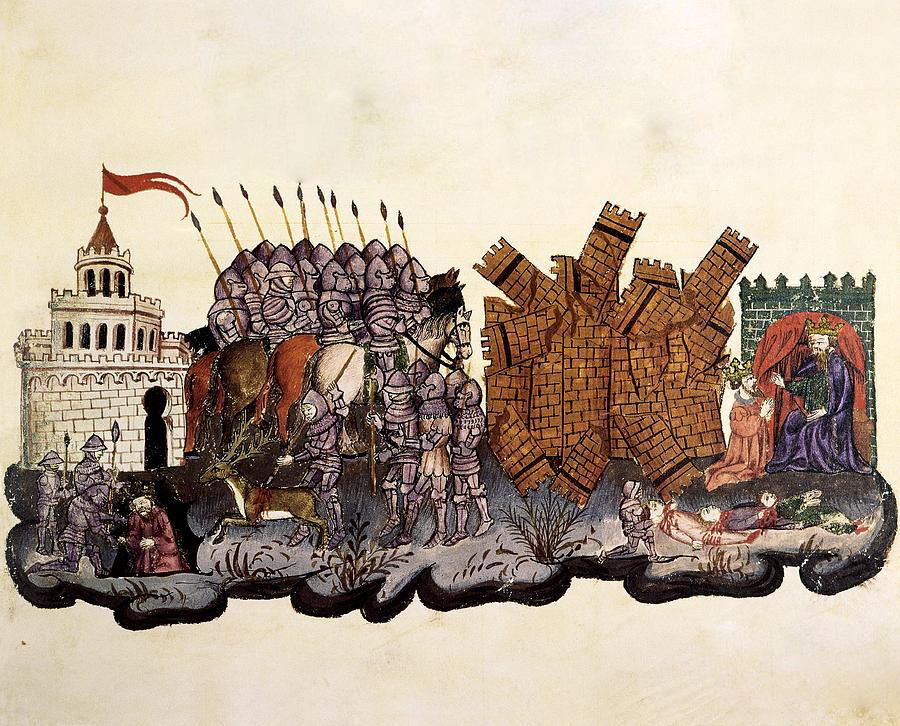 Steppes of Jericho 3339 AM: The Babylonian forces captured Tzidkiyahu.

The Babylonians slaughtered his children before his eyes, and then they blinded his Tzidkiyahu’s eyes.

This all happened in the year of the destruction of the first Beis Hamikdash.

Tzidkiyahu’s original name was Mattanyah. His name was changed to Tzidkiyahu by Nevuchadnezzar the King of Babylonia, when he crowned him as King of Yehudah, instead, of Tzidkiyahu’s nephew, Yehoyachin/Yechanyah.

Tzidkiyahu was taken in chains to Babylon, where he was imprisoned, and he remained there for the rest of his life.