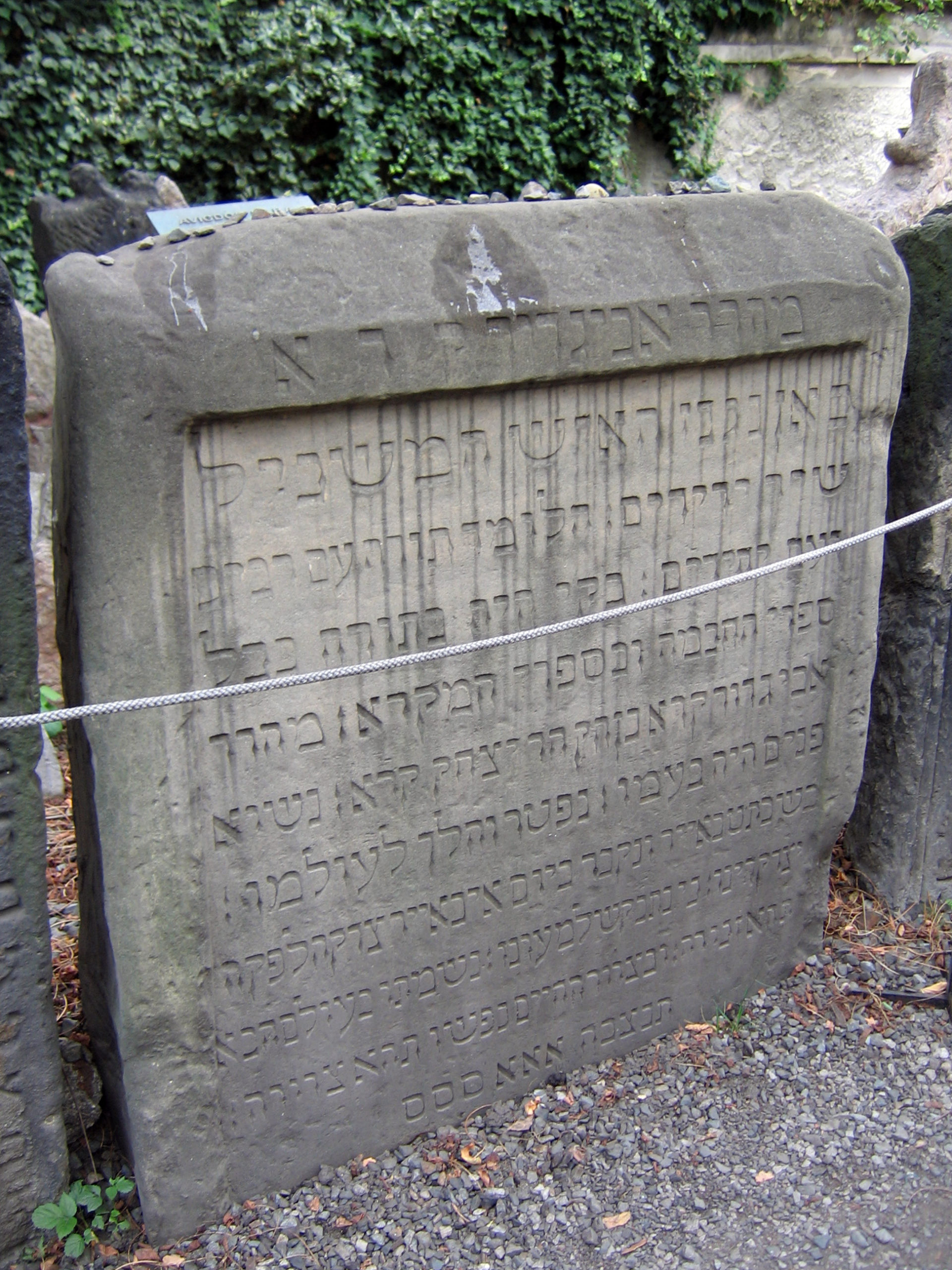 R’ Avigdor’s gravestone was the oldest surviving stone in the old Jewish cemetery of Prague, where the Maharal and many more gedolei Yisroel are buried [currently the original gravestone is in the Meislove Shul, and a replica has been set in its original place].

R’ Avigdor composed Selichos, and the famous poem Echad Yachid UmYuchad, sung after the Alyiah of the Chassan on his Shabbos Aufruf.

BTW Before this cemetery was used, there was another Jewish cemetery outside the Jewish quarter, of which we have a report saying that Rashi is buried there (location: Michelangelo Grand Hotel).