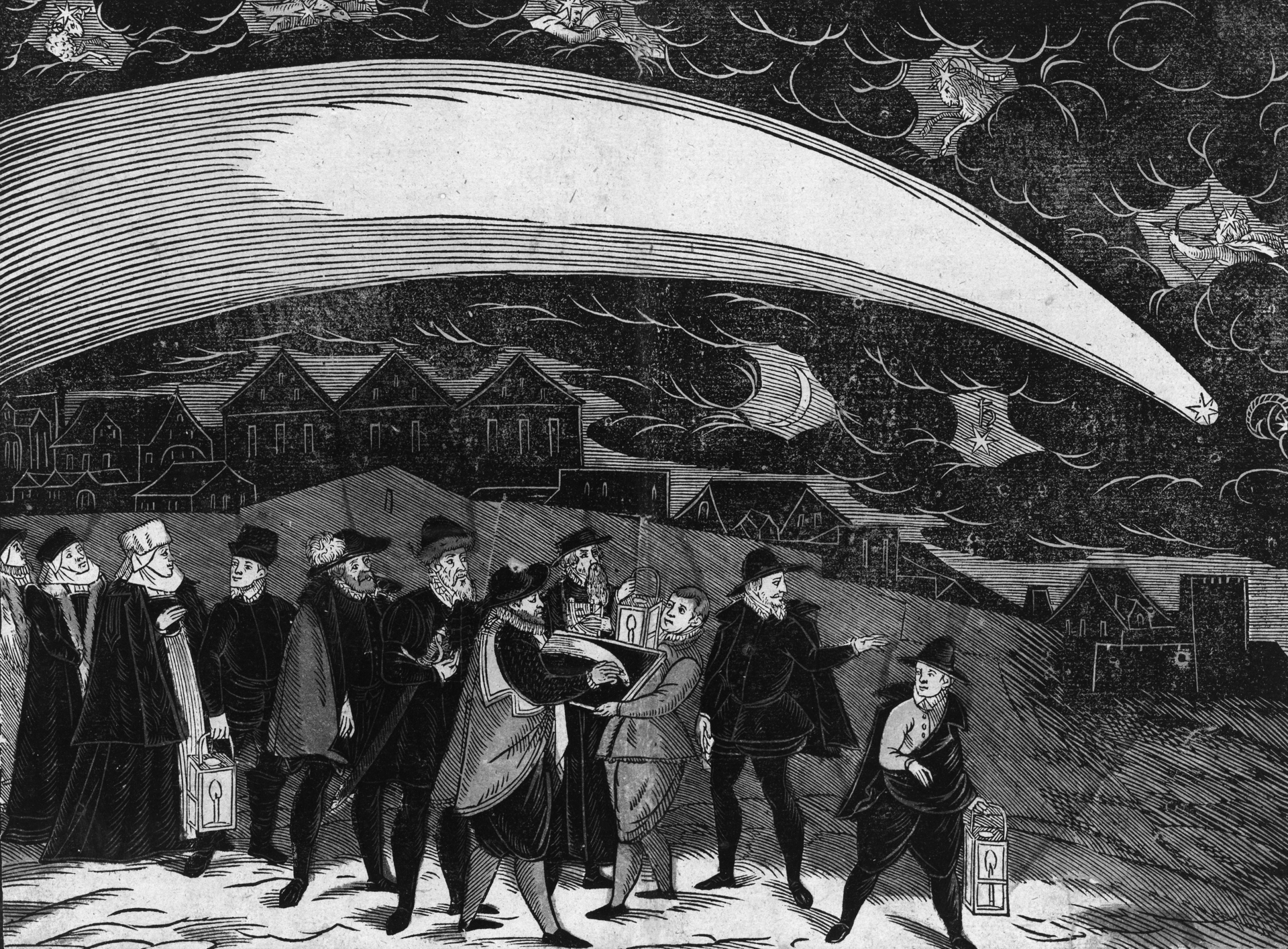 We read about it in the Chronicle from Prague: “On Monday night, the 2nd of Kislev, in the second hour, a star stood out among the other stars in the east, much larger than the other stars, with a long tail, appearing thus, and shining as brightly as the moon. It remains thus for the entire month of Kislev, until the eight of Teves, diminishing from the middle of Kislev, until its tail is very small, disappearing entirely on the 8th of Teves.”