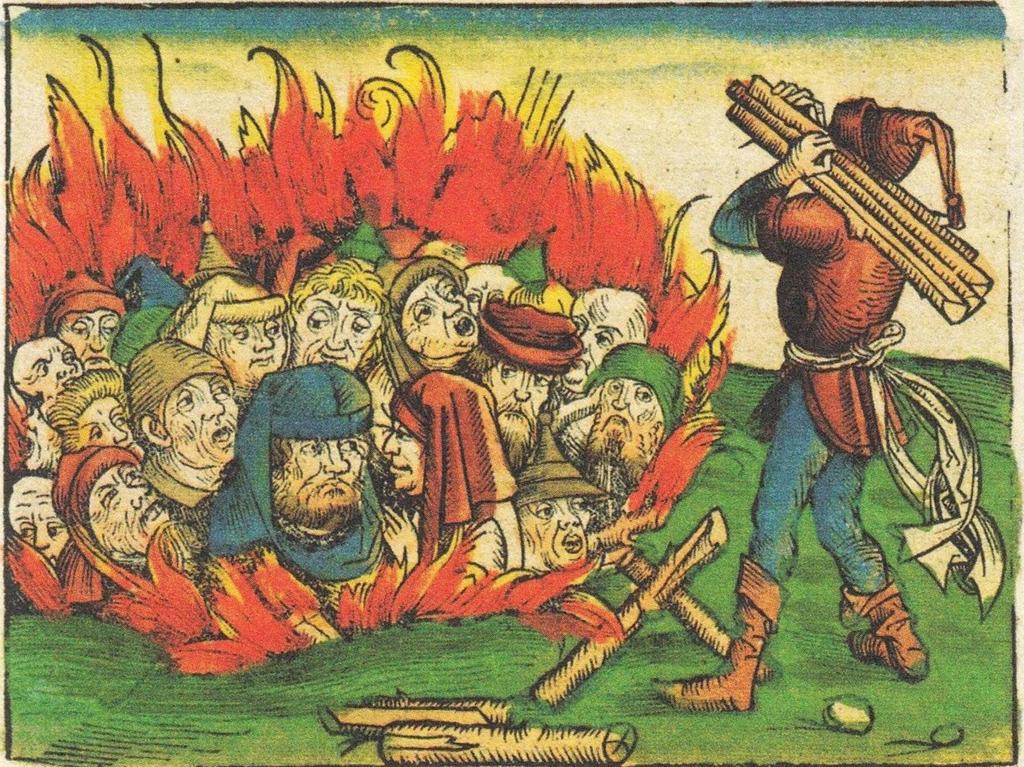 Today, 722 years ago, in the year 1298, Rabeinu Mordechai and his family were killed at the Rindfleisch massacres.

Rindfleisch was a German knight and instigator of the massacre of thousands of Jews in 146 localities in southern and central Germany in 1298.

On April 20, 1298, in the small Franconian town of Roettingen, 21 Jews were attacked and massacred by a mob led by Rindfleisch, who urged revenge for alleged Desecration of the Host. Rindfleisch subsequently went from town to town, followed by a plunder-hungry mob, exhorting the burghers to annihilate the Jews.

A wave of massacres swept through Franconia, Swabia, Hesse, Thuringia, and finally Heilbronn. The protector of the Jews, Emperor Albert I of Austria, was preoccupied with warfare, and only after vanquishing his rival, Adolf of Nassau, did he proclaim a Landfriede (“peace of the land”), warning against further attacks. This proclamation was barely heeded, and Jews continued to be massacred at Gotha.

In Nuremberg, 728 Jews were slaughtered when a mob stormed the castle in which they had sought to defend themselves with the aid of the garrison. Among the victims of Nuremberg were Rabbi Mordechai ben Hillel, his wife, and children.