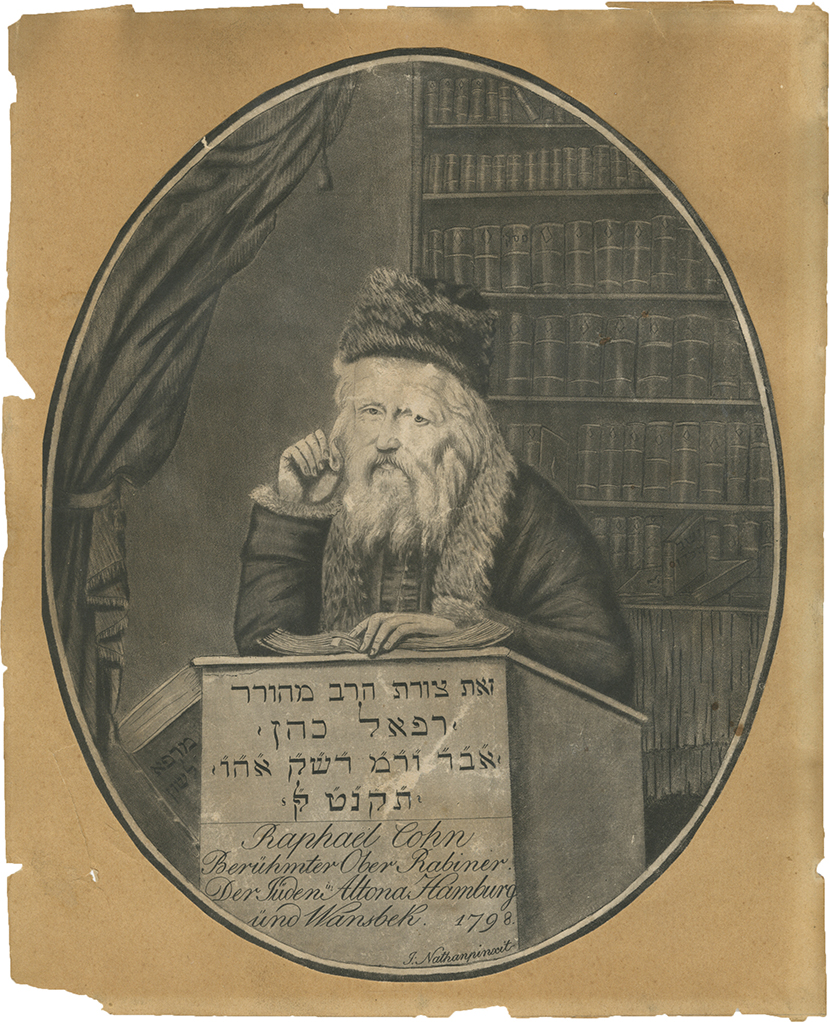 Today, 297 years ago, in the year 1722, Rabbi Refael Kohen Hamburger was born in Liefland.

R’ Refael was born to his father Rabbi Yekusiel Cohen, the Rav of Liefland [Livonia, Lithuania].

After serving as Rosh Yeshiva and Rav in a few communities, he was invited to take the position as rav of the triplets communities known as AH”U, which stands for Altona, Hamburg, and Wandsbek, where he served as rav until his last day.

He fought bitterly against Mendelssohn and his new movement on one side.  On the other side, he had to deal with another opponent of his, R’ Saul Berliner, author of the sefer Kasa Deharsena. After R’ Refael Hamburger published his sefer Toras Yekusiel, 1789, R’ Saul published, anonymously, the sefer called Mitzpe Yoksal, which is a very harsh critique on Toras Yekusiel.

When R’ Refael was presented with a Mitzpe Yoksal, he smiled, and with his great modesty didn’t take much issue with it, this was not the case with the Beis Din of Hamburg, who took this case very seriously.  As a result of which they put R’ Saul in a Cherem.