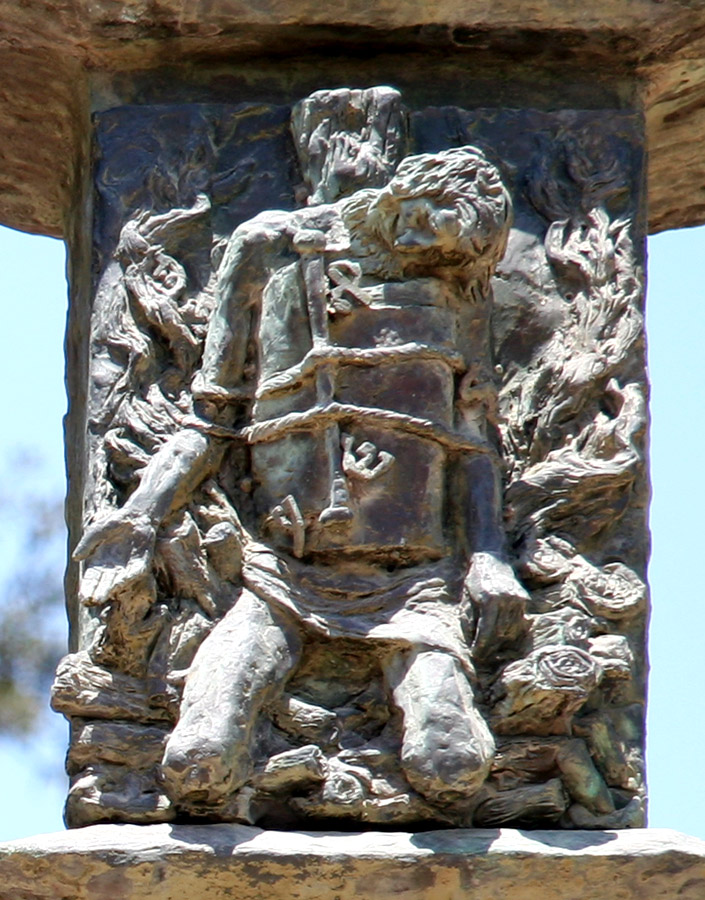 Today is a fast day, which is mentioned in Shulchan Aruch, to commemorate the putting to death of Rabbi Chanina ben Teradion, one of the ‘Ten Martyrs. He was Burned at the stake, wrapped in a scroll of a Sefer Torah.

He wasn’t killed alone, the Romans ordered the death of his wife too. His daughter was forcibly put in a brothel, from which her brother in law – her sister Beruryah’s husband – Rabbi Meir, saved her.

It is interesting to note that one of his sons went OTD, and joined a group of robbers whom he eventually betrayed, and therefore they killed him.