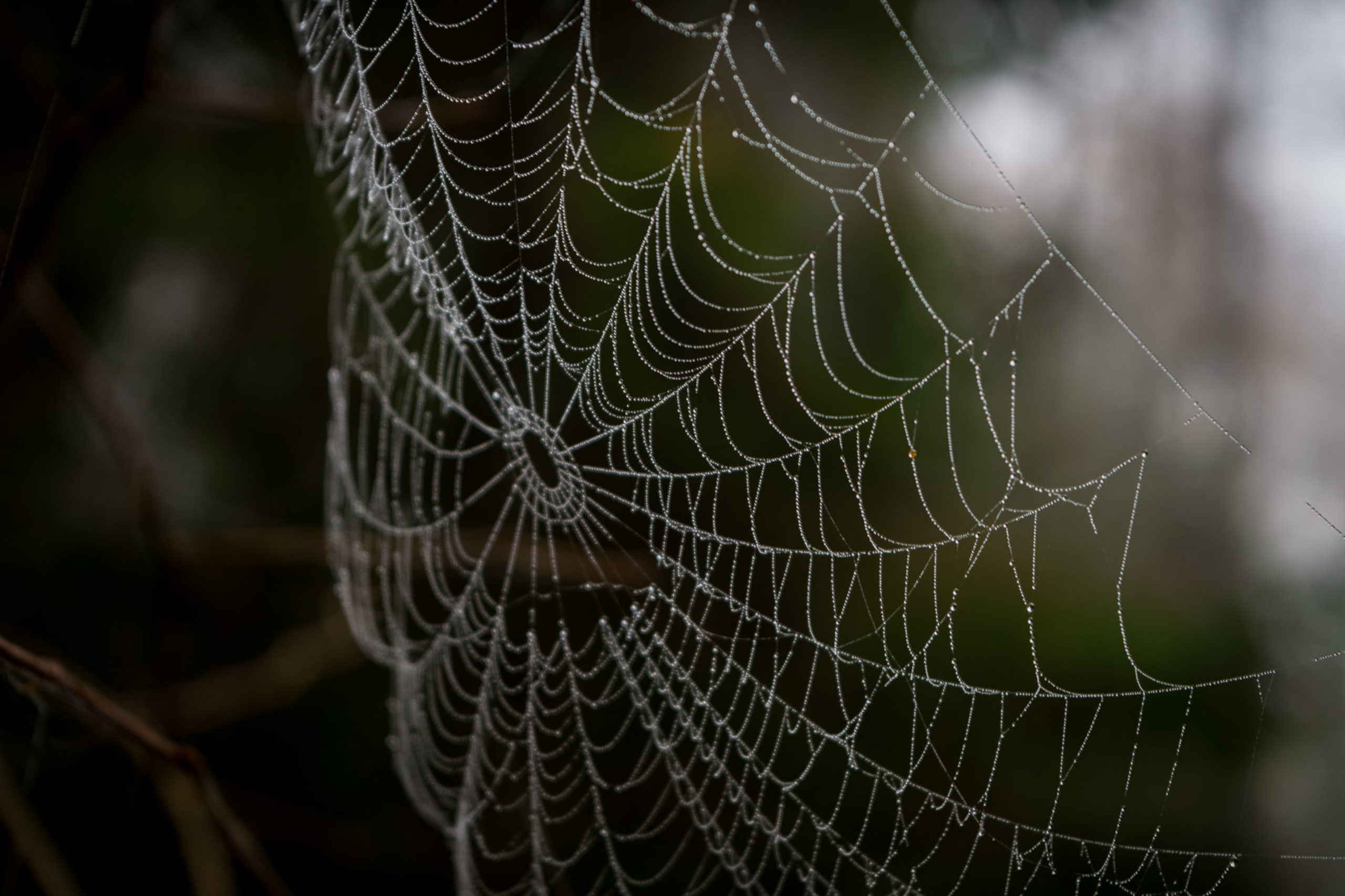 The Tests of the Righteous

Not far from Kolomyya [Ukraine] there was a village called Gvozdets [Gwoździec, Hvizdets, Ukraine]. There lived Rabbi Itzikel of Gvozdets, the author of the sefer Koach Shor. He was well known in his times as a sincere and righteous person, as the following story, recounted by the famed Lemberger Rav, HaGaon Rabbi Yosef Shaul Natansohn, illustrates.

Now, with these insights into Reb Itzikel’s character, we can go on with our story.

One morning, the rebbetzin went out to the market and found someone selling chickens for a bargain. Excitedly, she decided to “chap a metziah” and bought three chickens. She hurried to the shochet to have one of the chickens slaughtered and kashered as soon as possible. Upon returning home, she promptly prepared a delicious supper for her husband and family, nourishing soup and baked chicken.

She prepared the table and waited for her husband, the rav, to come home. As minutes turned to hours and the rebbetzin found herself still waiting, she realized that her husband would not be coming home anytime soon. She knew he must be deep in a sugya in Gemara, as it was his custom not to stop learning until the Gemara became clear to him. The rebbetzin packed up the supper and put it away for the next day.

She and the children happily made do with bread and eggs, as they understood that as long as the father hasn’t tasted the food, no one touches it.

The following day, the rebbetzin went to retrieve the supper from the previous night to prepare for tonight’s meal.

“Itzikel, come and see what happened to last night’s supper!”

The rav came into the kitchen and to his astonishment, the entire pot was covered with a thick layer of white, silky material – a spider web!

“What should I do with the food?” the rebbetzin asked.

“Nothing yet, put it aside and make something fresh for today with the other parts of the chicken.”

The rebbetzin listened to the rav’s advice and cooked up a fresh meal for her husband and family.

Later on during the day, her husband came home and apologized. He had forgotten to tell her that that evening he has a seudas mitzvah. He was asked to join a pidyon haben.

His eishes chayil replied, “Of course you should go, a pidyon haben is such a rarity in our small village. Go and partake in the mitzvah. I’ll save this meal for tomorrow and find something else for myself and the children.”

The following day, when the rebbetzin went to get the super from the previous night to prepare for tonight’s meal, yet again she was shocked with what she found. She ran to call her husband.

“Itzikel, come and see what happened!”

“The pot from yesterday’s supper!”

The rav followed the rebbetzin to the kitchen and was astounded to see that now two pots were covered with a thick layer of spiderwebs.

“What should I do with the pot?” she asked.

“Nothing for now. Put both pots aside, and make something else with the leftovers of the chicken.”

That day at the beis din, Reb Itzikel was very busy.  There was a court case taking place between two Torah scholars. They both put forth their claims for the judges and the rav.

“Shamash, please would you be so kind as to get me some more tobacco to snuff.”

The shamash gladly sprinted off to carry out the order.

Upon exiting the courthouse, the shamash was approached by one of the defendants. “Shamash, let me help you out,” he said. “I am waiting around anyways. Why don’t I go get the tobacco for the rav?”

The shamash didn’t need very much convincing. Soon the defendant was running off to procure the tobacco which, unbeknownst to the shamash, was really part of a devious scheme. Before handing the tobacco to the unsuspecting shamash, the defendant hid three gold coins within the pouch as well.

As soon the rav received the tobacco, his judgement began to shift towards the side of that specific defendant, in opposition to the opinion of the other judges who sided with the other party.

The rav expressed his opinion that the man was innocent.  He spoke sharply to the other judges who claimed the opposite. The rav brought his proof, and the other judges brought their proof.

This is how the case proceeded the entire day until they called for a recess and decided to resume in the morning.

Returning home after such a long and troubling day at court, the rav had no appetite for a proper meal.

“I can’t eat until I get this court case sorted,” he said to his wife apologetically, and asked her once again to put the food aside for the following day.

The rav felt very uneasy as he continued to mull over the case in the late hours of the night. His mind was absorbed with the arguments and defenses he had heard at length throughout the day as his fingers idly returned to his pouch of tobacco. Pinch after pinch he took as he pondered every angle of the case. Suddenly, he felt the three coins that were hidden inside. Quite taken aback, he decided to face his shamash the following day.

“What’s the story with the tobacco?”

“What story?” answered the shamash.

“Rebbe, believe me. I really don’t know what the rebbe is talking about!”

“No? So tell me, where did you acquire the tobacco that I sent you to buy?”

“Ahem, I didn’t actually buy it myself. One of the defendants that was here in court yesterday offered to go and get it. I didn’t dream that I was doing something wrong!”

“Now I understand! Go now and call that person here.”

The defendant quickly came running to the rav.  The rav spoke to him very harshly.
“Bribery!? You thought you could bribe me? Take your money! No wonder I was blinded yesterday to see only your view. I was completely biased.”

The rav went back into the courthouse where he proceeded to pronounce the verdict in accordance with his colleagues from the previous day, for in truth they had been right all along.

When the rebbetzin went to retrieve the supper from the day before, she was shocked yet again to see the pot covered in a thick layer of spiderwebs. She quickly called her husband.

“Itzikel, come and see what happened!”

“The pot from yesterday’s supper!”

“What’s with the pot from supper? Don’t tell me it’s covered with a spiderweb!”

The rav hurried over to the rebbetzin and to his amazement, he saw three pots covered with thick spiderwebs.

“Something abnormal is happening here to anything cooked with this chicken. Set aside all the chickens you bought that day. Hashem will soon show us what’s going on.”

In Gvodzets there lived an apikores. He frequently visited the rav in order to debate matters of religion, and Reb Itzikel often spent hours with him as he had hopes of straightening out his crooked ways.

“In continuation from our last discussion,” the apikores began, when he arrived later that day.

“Yes, just remind me where we were up to in that discussion.”

“Shlomo Hamelech says, ‘No wrong can come upon the righteous.’”

“Yes, correct. It’s a pasuk in Mishlei 12:21. Yes, I remember you had difficulty with that pasuk. You didn’t understand it.”

“Chas v’shalom, don’t say it like that. Say you don’t understand it, for one day you’ll surely understand.”

“No, no, I don’t believe it and what’s more, I came here to the rav to show that I am correct.”

“How are you going to prove it to me?”

“The rebbe is a big tzaddik. I know the rebbe will try to deny it with his great humility, but everyone who knows the rebbe agrees you’re a great man.”

“What? How dare you say that?”

“Yes! As the rebbe hears, the rebbe ate pork! I know and I’m not even ashamed to announce it! The rebbetzin recently bought three chickens in the market, correct?”

“I myself stuffed those chickens with pork and gave them over to the butcher to sell, strictly to your rebbetzin only.”

“How did you orchestrate such a thing?”
“Ha! I am very clever, Rebbe. I told the butcher to inflate the price of the chickens for anyone who wants to buy it, and make a really cheap price for the rebbetzin when she comes along. Therefore nobody bought it, and the chickens were waiting for the rebbetzin. It worked very well!”

“Continue with the story.”

“I know that the shochet has already shechted one of the chickens. The rebbetzin has surely used some by now for supper, and therefore the rav has eaten pork!”

“The rebbe is thanking Hashem for eating pork?”

“Come with me now, let me show you something interesting.”

The Rav ushered the apikores into the kitchen.

“What is this? Spiderwebs on the pots?”

“Yes, exactly! What does Shlomo Hamelech say? ‘No wrong can come upon the righteous.’ These pots contain the food my rebbetzin prepared with your pork-stuffed chickens. No one has touched any of the food within these pots!”

“Eh…eh… if so, then the rebbe is right. I understand the pasuk very well now, and the rebbe can be sure that this clear sign affirms his righteousness for all to see.  Whereas for myself…well…”

When one lives his life properly and guards himself from sin to his fullest ability, he receives special protection from Hashem in those instances when he would have sinned unwittingly. This is an extra level of love that Hashem exhibits towards the righteous as he saves them from the hands of the wicked and from even unintentional sins.