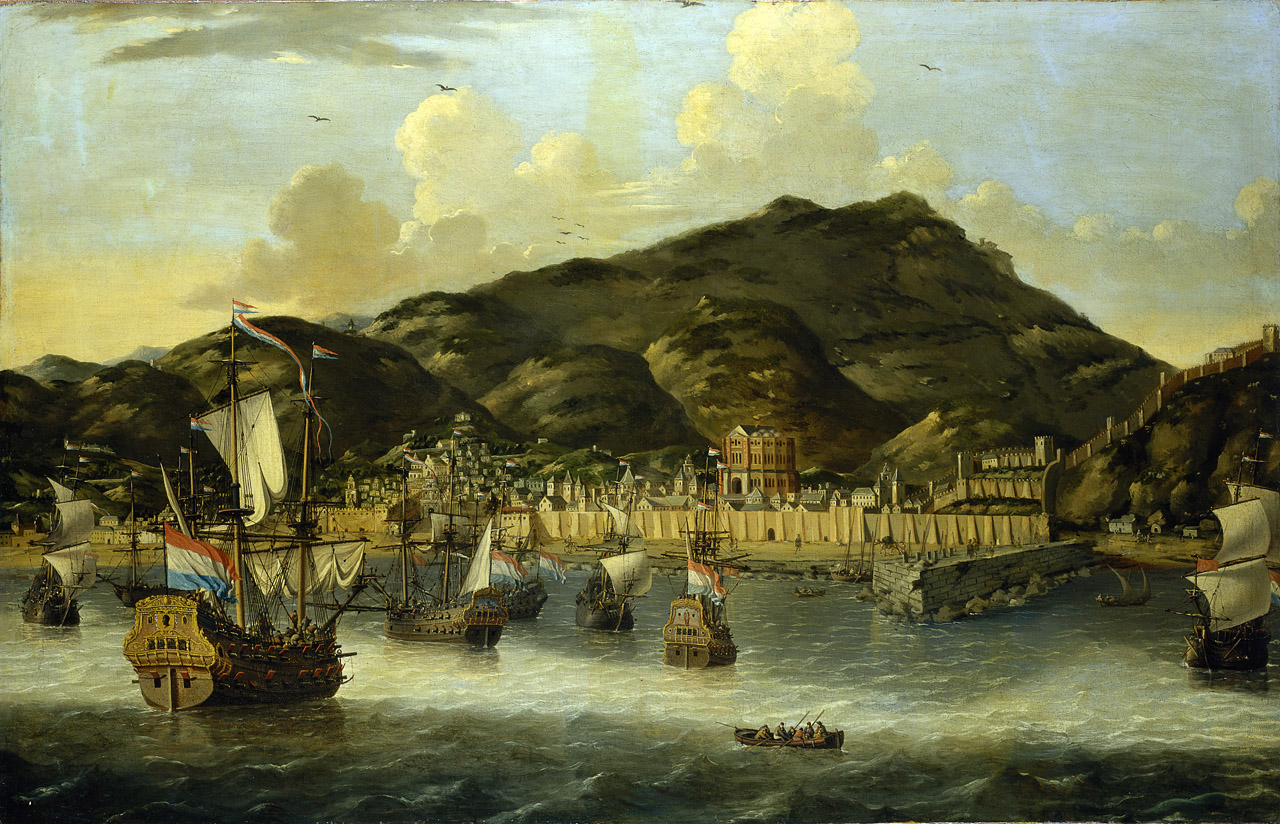 Lag B’Omer. One of the first things that comes to mind when thinking about Lag B’Omer is the song, famous worldwide, “Bar Yochai nimshachta ashrecha…”

When researching Kabbalas Shabbos, we encountered this ballad as a part of Kabbalas Shabbos by the Mekabel Shabbos group in Meron. In the sefer Tikkunei Shabbos, between Lecha Dodi and Mizmor Shir, we find the following instructions: “Publisher’s note: I found in the archives of my father’s manuscripts that it is fitting to sing the praises of the one for whom it was said, “Let us make man,” for he merited and brought merit to many.

And I heard from my father and also from the great sages who came from the Holy Land, that whomever Hashem has enlightened with His spirit — even in the Diaspora — and he is a master of Kabbalah, he should sing these lyrics. It is propitious for enlightening one’s soul…for it is a ladder reaching the heavens by which one can gaze upon all of the crowns.”

These awesome words about the composition of Bar Yochai were written by the aforementioned publisher of the sefer in the name of his saintly father. When inspecting the title page of the sefer, we see he signs his name as “Yehudah, son of the gaon our teacher R’ Dovid HaCohen z”l from the town of Budin.”

R’ Leib authored two seforim (that we are aware of):

Both of these seforim were printed in Prague by R’ Avrohom Lemberger in 1614, the same year as meeting with the Tosafos Yom Tov in Prague.

This is the little we know about R’ Leib, and we know virtually nothing about his father R’ Dovid. It is clear, however, that they were both mekubalim.

R’ Leib wrote that he found the composition of Bar Yochai amongst his father’s manuscripts but eventually saw it printed in some seforim. Exactly what he is referring to, we don’t know. But the seforim printed pre-1614 that include Bar Yochai are Heichal Hashem and Imrei Binah.

The sefer Heichal Hashem, authored by R’ Yechiel Ashkenazi “Ish Yerushalayim” was printed in Venice in 1605, eight years earlier. The sefer was distributed for those interested in the secrets of Kabbalah.

On page 44, he brings the Bar Yochai ballad describing it as a stanza in honor of Rashbi (R’ Shimon Bar Yochai) for Kabbalas Shabbos.

This is the earliest we have found it in print.

The sefer Imrei Binah, authored by R’ Yissocher Ber from Kremnitz, was printed in Prague in 1611. This sefer explains all of the difficult words in the Zohar.

After the foreword, the author’s own song appears along with a commentary followed by “a praise and song for Rashbi brought from the Holy Land…Bar Yochai nimshachta...”

In the sefer Tapuchei Zahav which is an abridged form of the sefer Reishis Chochmah, the author, R’ Yechiel Mili, writes the following regarding Bar Yochai: “This is to be said during Kabbalas Shabbos before saying Boi Kallah so that the merit of the holy Tanna R’ Shimon Bar Yochai may help those who love his teachings…”

Who is the author of this famous composition?

In his sefer Vaad Lachachamim, the Chida writes:

In his sefer Shem Hagedolim, the Chida gives us some more information about R’ Shimon Lavie:

I saw in the sefer Yodei Binah from the Remaz who writes that R’ Yosef Chamitz left him a commentary on the Zohar from a certain rabbi from Fez who spread Torah in Tripoli…and his name is R’ Shimon Lavie.

“I heard that in the year 1580, R’ Shimon was on his way to Eretz Yisrael, and when he arrived in Tripoli, he saw that the community there was ignorant, not knowing even how to daven and say brachos. R’ Shimon decided that it is a greater necessity to stay in Tripoli and bring the Jews closer to Hashem by teaching them Torah and to fear G-d than to travel to Eretz Yisrael. He ended up staying there and he was extremely successful in spreading Torah and Judaism. He composed a long commentary on the Zohar Bereishis and Shemos which is very popular in Tripoli and Tunis. I saw one of the great volumes of the seforim he authored and the aforementioned Rav was the composer of the poem Bar Yochai.”

Now let’s continue by checking out R’ Shimon’s own sefer, Kesem Paz. The composition can be found in the back of the sefer with the heading “Piyut Siman Shimon Lavie,” which means that the first letters after the words Bar Yochai in each stanza spell out the name Shimon Lavie.

Also, in the approbation for the sefer from the Livarner Beis Din, R’ Shimon is referred to as “the holy mekubal...who sang the praises of the Rashbi with his poem Bar Yochai…”

In his foreword, the editor of Kesem Paz gives us a glimpse into the life of R’ Shimon. He was born in Spain before the expulsion and relocated to Tripoli. He did not end up travelling directly from Spain to Tripoli, as is evident in the approbation from the Livorner Beis Din that he first arrived in 1549.

We also see from the Chida’s description that he wanted to travel to Eretz Yisrael and stopped on the way, not that he was forced to leave.

Despite what the Chida wrote in the name of R’ Yosefi Chamitz that R’ Shimon was the one to build up Torah observance in Tripoli after arriving in 1549, and that he basically had to convert the Jews who were living there…it is impossible that it was in the year 1549. In the sefer Nachalah L’Yehoshua, the Mahar”i Tzuntzin is asked about redeeming captives for astronomical sums, and the captives were from Tripoli in the year 1551 captured by Suleiman the Magnificent, the king of Kushta. There were only forty Jews in the city… Rather it must have been in the year 1585 that R’ Shimon came through and probably found the survivors who had fled or hidden… The tzaddik left his imprint on the city and afterwards there were great Torah scholars.

We see that R’ Avraham Adadi disagrees with the timeline and places the year at 1585 instead of 1549. The only problem with his calculations would be that having been born before the Spanish Expulsion in 1492, even if we would say he was only two years old during the expulsion, that would make his trip to Eretz Yisrael at the age of 95! It would seem highly unlikely for a man that age to travel a distance of close to 5,000 kilometers by caravan through the Sahara Desert.

In the sefer Malki Rabanan, when writing about R’ Aharon Peretz, one of the rabbinic figures in Fez, Morocco, we are told a little about his travel partners:

R’ Aharon Peretz, one of the chachamim of Fez, went with R’ Shimon Lavie and R’ Masoud Alfassi to settle in Eretz Yisrael. However, when they arrived in Tunis and saw the ignorance of the inhabitants he decided to settle there…he authored his seforim there…the sefer Bigdei Aharon remained.

In the same sefer, when writing about R’ Masoud Alfassi, we also find some details of their journey:

R’ Masoud Alfassi travelled together with R’ Shimon Lavie and R’ Aharon Peretz… His beis midrash is still standing in Tunis until this very day. In the sefer Shivchei Hatzaddikim there is a story about him staying in a field on Shabbos with a lion guarding him and then bringing him into the city after Shabbos.”

Check out the article entitled “En Garde” in this edition of Kankan!

When R’ Shimon Lavie was a small child, he arrived to Fez with the exiled Jews, as R’ Yaakov ben Nayim writes in the foreword to Kesem Paz… on the way he stopped in Tripoli… He passed away in 1585… He composed the Bar Yochai ballad…

Now that we know who his illustrious companions on the trip were, we decided to do some research about them.

First we searched the Chida on R’ Aharon Peretz but we did not find anything about him. We then decided to check out his own sefer, Bigdei Aharon. What we found there was very troubling. He passed away in 1766! That’s 180 years after R’ Shimon Lavie! And to add insult to injury, while researching R’ Alfassi, we checked out his sefer and saw that he passed away in 1775!

In the sefer Mekor Baruch we find a story about R’ Shimon Lavie:

I heard a story about a rav in the city of Tripoli during the time of the great mekubal R’ Shimon Lavie. Someone arrived from a faraway place claiming the ability to read a person’s face (chachmas hapartzuf) and the knowledge of who is a reincarnation (gilgul) of whom. So R’ Shimon sent a messenger requesting that he come before him and reveal who R’ Shimon was in a previous life. In his exceptional haughtiness, this self-acclaimed rav refused to come. R’ Shimon removed his tefillin and went to ask the man who he is a gilgul from and how he can rectify his soul. The man studied R’ Shimon’s face and replied, “You are a gilgul of the great Daniel.” As soon as R’ Shimon heard this, he screamed, “Get out of here, you repugnant charlatan! Our Sages say that Hashem told Daniel that he would never be reincarnated!” This person was promptly driven out of town with great humiliation.