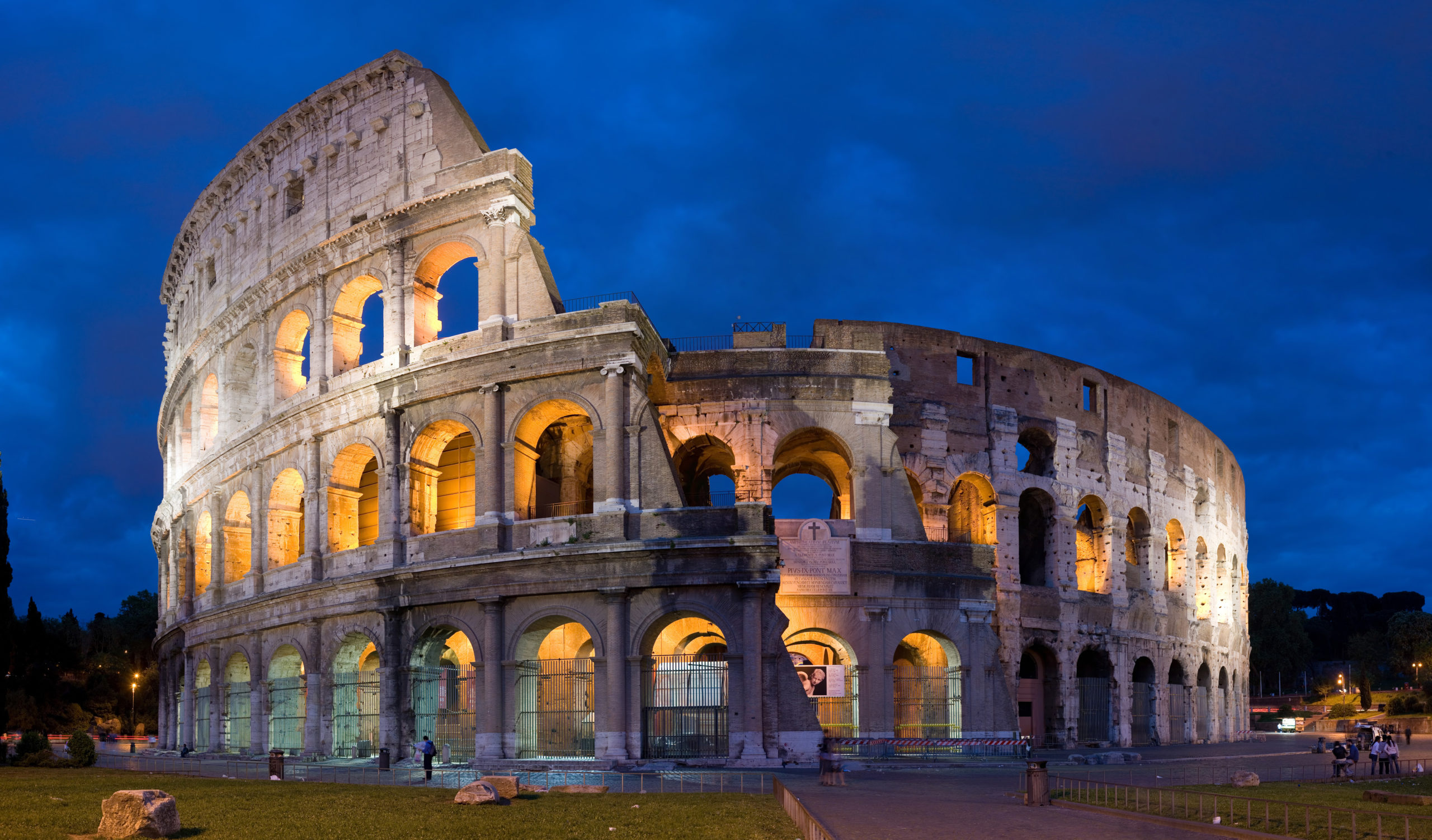 When the Maharal Made a Looming Jewish Tragedy Melt Away

At storytelling time, tales of the Maharal and his Golem are always audience favorites. But there are other dramatic stories involving that towering gadol of sixteenth-century Prague that rival the Golem tales for sheer drama. Here is one such little-known story, which was recorded by Rabbi Avraham Khalfan, a disciple of the Chida, and thus bears a degree of veracity that some other of the Maharal tales may not.

In the time of the great tzaddik and gaon, Rabbi Loew of Prague, the Pope in Rome was a very sly character who was not only an anti-Semite but was also very knowledgeable in the use of the “impure names” known as sheimos hatum’ah. The Pope’s ability to use the powers granted by the use of these names led people to treat his words as prophecies.

In his evil cunning, he devised the following plot. He sculpted a figurine of the Christian deity, Yeshu, ys”hv, out of wax, intending to use the evil powers granted him by the impure names to bring the statue to life. His plan was to have it speak out aloud, saying, “Look what the Jews did to me, the revenge they took upon me! Christians, it’s about time for you to avenge my death and seek retribution for all they did to me!”

But in order to make his malicious plan work, the Pope needed to also incorporate some of the powers of kedushah, holy powers, into the figurine. How he thought to himself, could he get this done?

The Pope took the wax figure and stored it in a box on which he placed a heavy lock. Taking the box with him, he set out in the direction of Rome’s Jewish quarter, known as the Ghetto, where he went looking for the home of one of the rich Jews in town.

Understandably, the Pope’s visit caught this Jew by complete surprise. “Oh, the Pope himself has come to our home! Please come in!” the Jewish host exclaimed. Wondering to himself what might lie behind this most unusual visit, the wealthy homeowner initiated the conversation: “How can I be of help to the Pope?”

“I’ve come because I need a gemach.”

“A what?!” The Jew was astounded to hear that word from the mouth of the ruler of the Chrisitian church.

“A gemach. Isn’t that the word you Jews use for a loan? I need it only for three days.”

“Yes, certainly. But there was no need to come down to my home. You could just as easily have summoned me to your presence.”

“I need some money, and I wanted to keep it highly confidential. I’ve brought with me a box filled with jewels and gemstones as a security for the money you’ll lend me. Would you like to have a look inside? Just tell me and I’ll open it for you to see.”

“I dare not tell the Pope to open the box lest that be taken as a sign that I don’t trust him, ” the Jew thought to himself. He resigned himself to having to lend the Pope as much as he would ask for, and with no security either. “N-no, that’s entirely unnecessary. I would never even think to request a pawn from the Pope!”

“Obviously not, but take it anyway.”

And with that, the Pope left the box with the Jew, took the loan money, and left the house.

The Pope proceeded from the Jew’s home directly to the royal palace for an audience with the king. He told him, “Your Majesty, you should know that on this and this day, Yeshu will reappear to tell us what the Jews did to him, and what he expects you to do in return to them!”

In the meantime, the Jew who had lent money to the Pope didn’t know what to do with the collateral the Pope left with him, so he took it and hid it away in a secure location in his home.

That night, Eliyahu Hanavi appeared to him in a dream and warned him, “Get rid of the tum’ah in your house!” The next morning, upon awakening from his sleep, he remembered the frightening dream he’d had, but could not believe it could really be true and decided to ignore it. The ominous dream repeated itself the next night, and the one after that, but still the Jew went about his day as if nothing had happened. Finally, on the third night, seeing that the Jew was ignoring him, Eliyahu Hanavi made his way to Prague, to the home of the saintly Rav Loew, known to all of Jewry as the Maharal. Eliyahu told him, “Rav Loew, I am here on a matter of the highest urgency! Please travel immediately to the house of a Jew in Rome whose name I will give you and tell him he must get rid of the terrible tum’ah in his house. If he will not do so, he will be the cause of unspeakable tragedy for the Jewish nation!”

Heeding the words of Eliyahu Hanavi, the Maharal arose and prepared to set out on the long journey to faraway Rome, but he experienced kefitzas haderech, a miraculous shortening of the journey that brought him there almost instantaneously. He made his way to the Jew’s home, and after introducing himself, said, ”Please listen carefully, for I have come here for your benefit and that of all the Jews. You must rid yourself of the tum’ah that’s in your house!”

“Chas veshalom, I have no tum’ah in my house!,” he replied. “I must admit that I, too, had three such dreams about having some kind of idol in my house, but I have no idea what this is all about.” “Go search thoroughly and see what you can find!”

Suddenly, it dawned on him that this was about the box of jewels he had received from the Pope. ”I think I know what this tum’ah is,” he told the Maharal. “I received a box from the Pope filled with gemstones!”

The Jew went and brought the box from its hiding place.

The Maharal, using his great esoteric knowledge of the names of the various malachim, summoned the malach who is appointed over all of the locks in creation and requested of him to open the box.

As the box opened, it became apparent that there was not a single gemstone or jewel therein – only a wax figurine. Suddenly, it came to life, screaming out at a fever pitch, “Look what the Jews did to me, the revenge they took upon me! You sit there and let them live between you, and you even do them favors? You must know that now is the time to take revenge on them, and if you don’t do as I instruct you, one day you will have to give account!”

When the Maharal heard these words, he immediately called for the malach who oversees fire to appear and instructed him to melt the figurine until it was unrecognizable as anything other than a nondescript clump of wax. Then, he instructed the malach of locks to reseal the box as it had been, after which the Jew returned the box to its place.

The very next morning, the Jew answered a knock at his door to find the Pope standing there, having come to return the money he had borrowed. The Jew, in turn, gave the box back to the Pope. Not realizing anything was amiss, the pope called for the king to be present when he opened the box, expecting his plot to proceed as planned and result in a decree of annihilation against the Jews. Slowly, he opened the box, waiting for this once-in-a-lifetime happening to unfold, when their deity, Yeshu, would speak. But they waited and waited…and waited, while nothing happened. Peering inside the box, the Pope found nothing but a melted clump of wax. He immediately understood that a Higher Power, a real G-d, had come once again to the aid of His people, the Jews. The Pope parted from the king shamefaced and in mourning. But as the story goes, the more he contemplated what had happened, the more he came to believe in the Jewish G-d and the truth of Judaism. Soon thereafter, he disappeared from Rome, having fled not only the Papal city but his religion as well. Eventually, it is said, he joined the ranks of the Chosen Nation of Yisroel.