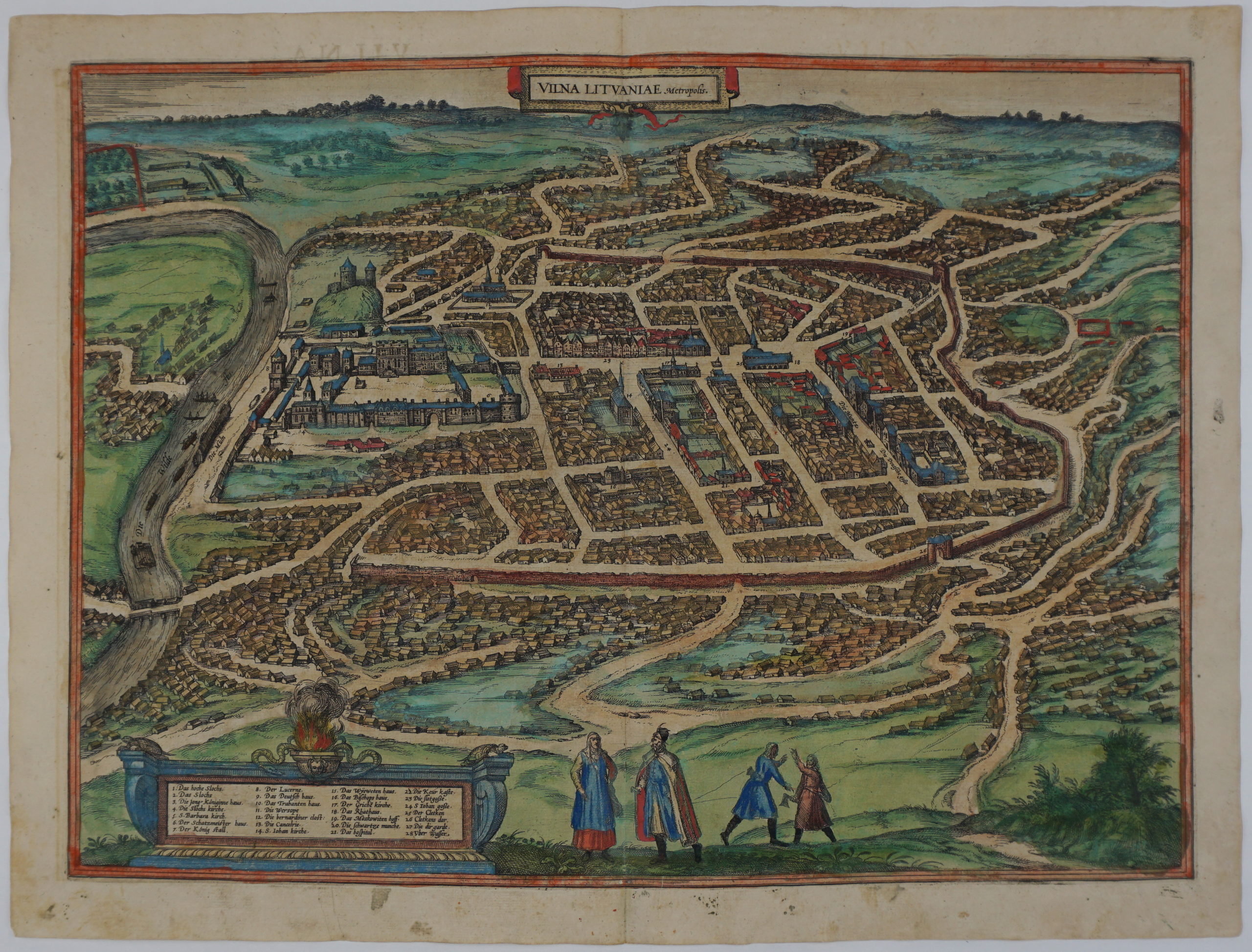 The Chacham Tzvi’s Father and the Cossack Massacre

The following story, about the father of the Chacham Tzvi is based on the account appearing in the autobiographical work Megillas Sefer, authored by the Chacham Tzvi’s illustrious son, Rabbi Yaakov of Emden, also known by the acronym Ya’avetz.

One seeming discrepancy in his account, however, is that he sets the story in the year 1648 when the infamous massacres by the Cossacks spread through Poland. Those years became known as the years of Gezeiros Tach veTat, the Evil Decrees of  5408–5409 (1648-1649). Yet,  Rabbi Yaakov also begins his story in Vilna, Lithuania, even though the Cossack massacres did not reach that city until several years later, in 1655.

The Sages of Vilna

At the turn of the 17th century, the Jews of Vilna lived in peace and prosperity, enjoying various privileges in commerce that had been granted to them. The scholars of the time in Vilna were known for their greatness in Torah, and were referred to collectively as the Chachmei Vilna, the Sages of Vilna. These talmidei chachamim spent their days and nights toiling in Torah study in the Beis Hamedrash Hagadol (the Great Synagogue of Vilna),  returning home only for Shabbos.

Amongst the renowned sages of Vilna were: Rabbi Ephraim HaCohen author of Shaar Ephraim, who was the Rosh Beis Din of Vilna; Rabbi Aharon Shmuel Kaidonower, author of Birkas Hazevach, who, it was said,  knew the seforim of the Tur and Beis Yosef by heart; Rabbi Shabtai HaCohen, author of the Shach (initials of his sefer Sifsei Cohen); and Rabbi Hillel ben Naphtali Tzvi, author of the sefer Beis Hillel.

Eventually, each of these sages was called upon to take up a rabbinical position in an important Jewish community elsewhere.  Rabbi Shmuel Kaidonower was initially called upon to be the Rav of Fürth, and later, went on to lead the communities of Frankfurt and Cracow, Rabbi Hillel became the Rav of Hamburg and Altona, and the Shach assumed the position of Rav in Holešov, Moravia in today’s Czech Republic.

Another of the gedolei Yisroel in Vilna was a young man named Rabbi Yaakov Zak. He married Nechama, the daughter of the above-mentioned Rabbi Ephraim HaCohen, and along with his father-in-law, settled in Moravia. Initially, Rabbi Yaakov accepted a rabbinical post in Trebitsch (Třebíč), Moravia, where he and his family dwelled in the house of the famous Reich Kaufman,1 ‘Reich’ translates to rich, which was a title given to very wealthy people. ‘Kaufman’ is a nickname to the name Yaakov, see Beis Shmuel, EH:129, Sheimos Anashim, Kuf. whose son Rabbi Yaakov taught.

From Trebitsch, Rabbi Yaakov took a rabbinical position in Broda (Uherský Brod). Finally, he became Rav in Alt-Ofen, (Óbuda, in Hungary) which was then part of the Ottoman Empire.2The city of Óbuda, eventually merged with the nearby cities Buda and Pest, forming what is known today as Budapest.  Rabbi Yaakov also founded a Yeshivah, and his fame spread throughout the Ottoman Empire, eventually reaching Eretz Yisrael. He did not enjoy this peaceful stage of his life for long, however, with the vicious sword of the accursed Cossacks nearly costing him his life.

The year 5408 (1648) was a particularly dark one for the Jews of Poland, Ukraine, and Volhynia, where the ruthless hordes of Bogdan Chmielnicki, leader of the Cossacks, overtook the Jewish communities, ravaging them beyond recognition. Then, his evil minions attacked the Lithuanian communities, including the glorious, storied community of Vilna.

The massacres took place in the years 1648-1649, and then again in 1655, which is when the Battle of Vilnius occurred.  According to the Jewish Encyclopedia, ”[t]he Jews in the community of Wilna also suffered in the sack of that city by the Muscovite-Cossack forces in August 1655.  Most of the Vilna Jews, however, found safety in flight; those remaining were either slain or banished by order of the czar.”

Rabbi Yaakov was then a young married man. When the attacks began, while trying to save himself, he became separated from his fellow Jews. His young wife escaped with her father and her brother. They fled to another country, so as not to fall into the hands of the enemy.

In the meanwhile, the Cossacks murdered many innocent Jews. Jews were slaughtered in great numbers; many Jewish communities were decimated.

When they approached the righteous Rabbi Yaakov, he was told to kneel.  The Cossack raised his sword. He hit Rabbi Yaakov who fell to the ground, and he lay there between all the dead bodies. This scene was witnessed by a number of Jews, who eventually made their way to Trebitsch, Moravia.

Killed by the Cossack

Rabbi Yaakov’s family tried desperately to find out information on Rabbi Yaakov’s whereabouts. What had befallen him? Had he survived or did he fall victim to the Cossacks?

When two Jews who were witness to the massacre arrived in Trebitsch, they were questioned, to determine whether they knew anything about Rabbi Yaakov. They admitted that to their sorrow, they bore sad news.   “Rabbi Yaakov is not alive anymore.” They both had witnessed Rabbi Yaakov being beheaded by an evil Cossack.

Their testimony was sent to the great gaon, Rabbi Heschel of Cracow. Based on their testimony, he allowed the young Nechama to remarry.  Yet, Nechama did not want to act on this ruling.  She insisted on continuing to wait for the return of her beloved husband.

After six months, the seemingly impossible occurred: Rabbi Yaakov Zak arrived in Trebitsch, alive and as well as could be hoped for. Everyone who knew of his supposed fate was astonished to see that Nechama was correct in her sense that he was alive.

But how was this possible? How could  Rabbi Yaakov have returned alive after witnesses saw him being killed by a Cossack with a heavy sword?

The witnesses thought what they had observed was clear. They had seen Rabbi Yaakov kneeling before the Cossack, who swung his sword at Rabbi Yaakov. Then they saw Rabbi Yaakov falling to the ground, dead. But, Rabbi Yaakov explained,  at the last second, the Cossack had taken pity on him,  and kicked him instead, allowing the sword to drop to the floor.  To avoid detection by yet another of the marauding Cossacks, he decided to lie amongst the dead for the ensuing eight days, until the crisis had subsided,  covering himself with some sacks, and eating bitter grass and herbs to survive.

When Rabbi Heschel of Cracow learned that he had erroneously permitted a married woman to remarry, he was shocked, and this episode led him to refrain from granting any further heter agunos.

The Shul
in Trebitsch

A Joyful End to the Story

Rabbi Yaakov was thus reunited with his wife Nechama, who, on Rosh Chodesh Elul 1658,  gave birth to a baby boy, named Tzvi.  The boy  grew up to become the famed author of the sefer Chacham Tzvi.