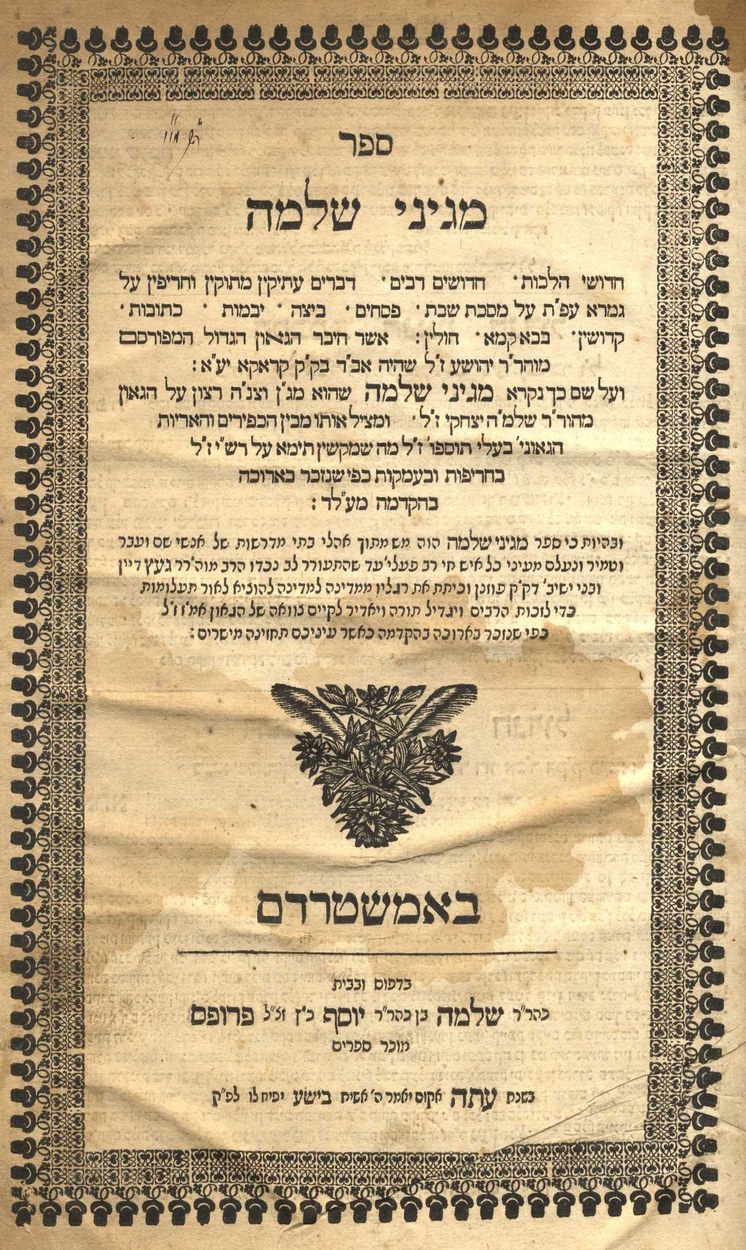 Cracow, 1648: The Maginei Shlomo passed away.

Rabbi Yehoshua Charif, the author of the sefer Maginei Shlomo, was one of the three Av Beis Dins in Cracow. Cracow had three Beis Dins, serving the Jewish community. One was under the leadership of the Rav of Cracow. During the Maginei Shlomo’s time, the rav was the Tosfos Yom Tov.

This setup of three AB”D–Av Beis Dins caused confusion between historians, who tried to figure out, which AB”D was the actual rav of Cracow.

In his sefer Maginei Shlomo, R’ Yehoshua answers all the questions Tosfos has on Rashi. Tradition has it, that he welcomed Rashi, whilst on his deathbed right before he passed away.

His grandson writes in his preface on this sefer, that about half an hour before he was niftar, on 27 Av when all the sages of Cracow were gathered around his bed, he said: “Please make place for Rashi, as he came to welcome me with great pride, since I stood at his side, by answering all questions Tosafos has on Rashi.”