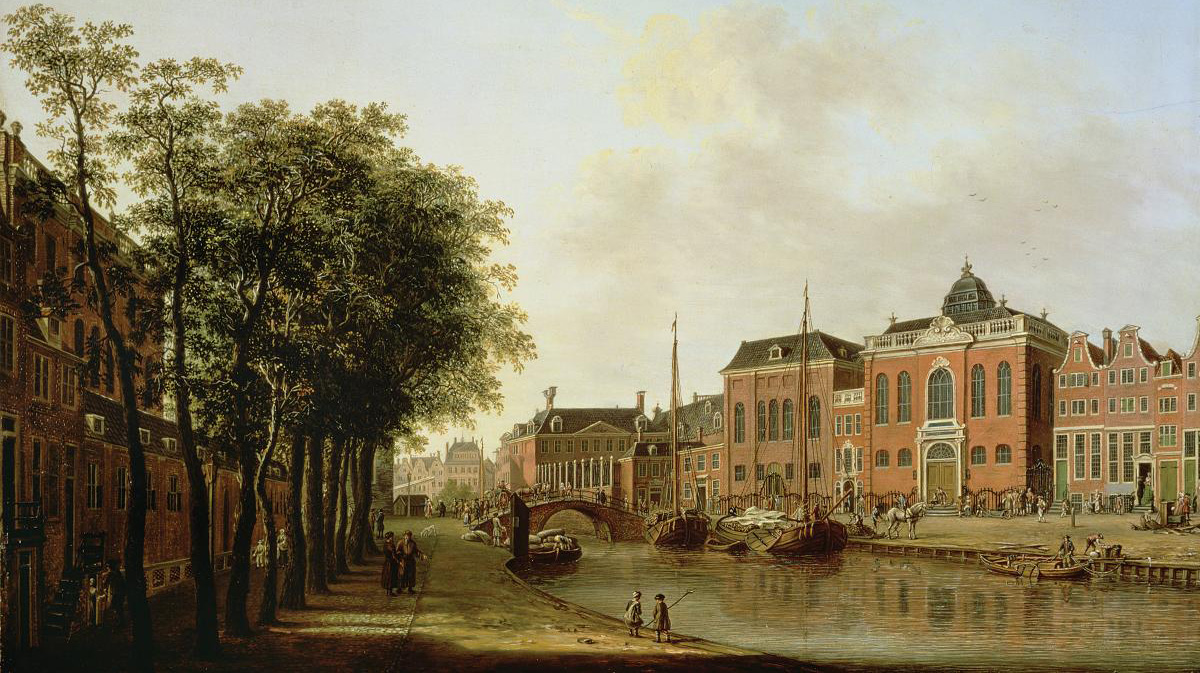 A Study into the Value of Sources

Recently, I questioned a professor regarding the source for something he mentioned, and his reply was simply “E.J.,” which, in academic parlance, stands for the well-known twenty-two volume Encyclopedia Judaica, printed in 1972. It is common in certain circles of academia to quote E.J. as a reliable source, but is this indeed the case?

One major issue with E.J. is that they don’t always list their sources, and hence it is difficult to know how much validity to assign to anything they write.

Another perhaps less recognized Jewish encyclopedia aptly named Jewish Encyclopedia was printed in 1901-06. J.E. does offer sources, which makes it considerably easier to verify its veracity. Let us explore an example that illustrates the value of including sources. See sidebar.

One of the Gedolei Yisrael who lived in the first half of the 18th century was the Maasei Rokeach, Rabbi Elazar from Krakow, who acted as rav in the prestigious Jewish community of Brody. On 27 Elul 1735, he was welcomed by the Ashkenazic community in Amsterdam and appointed to the rabbinical position with great pomp. From there he moved on to our Holy Land and settled in Tzfas. He lived there until his passing on 27 Tishrei, just seven years later.

Contrary to popular belief, he did not identify himself with a surname, and neither did his contemporaries. The surname Rokach or Rokeach, adopted by some of his descendants many years after his time, is based on the sefer he authored.

For some reason, historians chose to grant Rabbi Elazar of Krakow a unique gift: an extra twenty years of life. While this would be exciting for anyone, alas, it was bestowed upon him many years after his death; he was never able to make any use of it.

In this article, we are going to trace the supporting evidence to prove his correct age at his death, and try to figure out where other historians have erred.

Encyclopedia of Galician Rabbis and Scholars

R’ Meir Wunder, in his magnum opus Meorei Galicia – Encyclopedia of Galician Rabbis and Scholars, Vol. IV, Jerusalem 1990, page 858, we read the following from the very first line of his biography of the Maasei Rokeach:

Wunder adds a bold statement: R’ Elazar was born in 1665 and not 1685. It is statements like this that pique our curiosity and prompt us to seek out the evidence behind both versions, to figure out for ourselves the correct one.

Well, what are the sources of his various birth years, and what is the deciding factor that 1665 is the correct one?

At the end of the article, Wunder records his sources, which ostensibly include sources for the complete article, yet no source could be identified for his explicit claim that R’ Elazar was not born in the year 1685.

After doing some research, we uncovered what might be behind this statement.

R’ Eliezer Katzman writes in an article, “Hagaon R’ Elazar Rokach was born in the year 425 in Krakow.” 425 corresponds to the civil year 1665. In his footnotes, he brings the sources for this year:

Otzar Yisrael, Vol. 2, p. 61; Jewish Encyclopedia, pp. 103-104; and more. They were copied by Dr. Gelber, Toladot Yehudei Brody (Arim Veimahot Beyisrael, Vol. 6), Jerusalem 1955, p. 50. Based on that, he was 70 years old when he was accepted as rav in Amsterdam on 27 Elul 495. It’s understood from the sefer Zicharon Meshulam (as found in the sefer Dover Shalom no. 345 in the footnote) that “when Rabbi Meshulam Igra heard that R’ Elazar was traveling in Galicia, he blessed his family members before his traveling to the Holy Land. He traveled through Radymno to meet with this elderly gaon but ultimately was unsuccessful.” And from the description “elderly,” one can understand that he was in his latter days.

But, Dr. S. Mulder in the Nederlands Israëlitisch Jaarboekje, 1859-60 p. 39-51, in his article ‘Eene Zeldzame Medaille,’ brings a poem written by a gentile from Amsterdam in honour of welcoming R’ Elazar to Amsterdam. There it says that he was only fifty years at his arrival, which makes his year of birth 1685. This is also noted by Dr. D. M. Sluys, in his article ‘Een Opperrabbijnsbenoeming bij de Hoogduitsch-Joodsche Gemeente te Amsterdam’ in 1735, p. 14.

In a nutshell, the sources that he was born in the year 1665:

Although Otzar Yisrael is first on Katzman’s list, the list is clearly out of order, as Otzar Yisrael references J.E. as a source!

In Otzar Yisrael we read, “Elazar ben Shmuel Schmelke…rav, born in Krakow circa 1665…”

It seems the Otzar Yisrael merely copied from J.E., in which we read the following: “ELEAZAR BEN SAMUEL: Rabbi; born at Cracow about 1665…”

This source we will ignore since he simply copied from other mentioned sources.

Now, this is an interesting source. To my knowledge, the sefer Zicharon Meshulam was never published. Its author, R’ Yehuda Leibish Sper from Lublin, lived at the beginning of the 20th century. He mentions the Maasei Rokeach and at one point calls him “the elderly gaon,” a curious descriptor coming from a biographer who lived two centuries later.

Dr. Mulder published his article ‘Eene Zeldzame Medaille,’ which translates as ‘A Rare Medal,’ in Nederlands Israëlitisch Jaarboekje in 1859-1860. He later published this article as a booklet by itself, which we were able to procure digitally.

On page 9, he brings an excerpt from a gentile who participated in the festive welcome of the Maasei Rokeach to Amsterdam:

Translation: Joyful applause from the descendants of Abraham to the highly learned gentleman Elazar from Brody, of the age of fifty years, born in Poland. Which by majority vote was voted to be their rabbi and was confirmed by the Great Lords and honorable Mayors of this city of Amsterdam, being arranged to be acceptable of services here, September 14, 1735.

This is a contemporary report about a rabbi soon to arrive in Amsterdam who is identified as the Maasei Rokeach, in which he is purported to be fifty years of age. If he was fifty in the year 1735, he was thus born in 1685.

Since he is copying Dr. Mulder’s source, we can ignore him.

The Second Set of Sources

While we do have a primary source for his birth in 1685, the sources claiming his birth in 1665 are all secondary. Since J.E. gives us sources, we were able to check them out.

Friedberg refers to one Bernard Friedberg (1875–1961) from Frankfurt, who is in fact one of the authors of the article in J.E.

In his book Toladot Mishpahat Schorr, Frankfurt 1901, p. 16, footnote 30, we read: “Harav Elazar was born in Krakow in the first half of the fifth century to his father Harav Shmuel Schmelke…” Friedberg is referring to the Hebrew year counting. He compares this information to the following source.

Friedberg and J.E. refer to the first edition of this book; however, we saw in the second edition printed in Frankfurt in 1904, on page 72, the text exactly the same as above: “Harav Elazar was born in Krakow in the first half of the fifth century to his father Harah Shmuel Schmelke…”

The book Ohr Hachaim, Frankfurt 1891, was written by the collector Chaim Michel. In his biography on the Maasei Rokeach, he does not mention his birth at all.

Daas Kedoshim, Peterburg 1897-98, by Yisrael Tuvia Eisenstadt, is a genealogical book about some rabbinical families. On page 181 we have a short biography about the Maasei Rokeach, but again, no mention of his birth.

Jewish Encyclopedia, printed in 1903, is the primary source that the Maasei Rokeach was born in the year 1665. The source for this information is Bernard Friedberg in Luchot Zikkaron. However, he does not write 1665, rather he writes, “He was born in the first half of the fifth century,” which is between the years [5]401–[5]450AM, or 1641–1690.

And so we see that not a single source exists that the Maasei Rokeach was born in the year 1665!

We do have a primary source that he was born in 1685, though, and although completely unnecessary, it still fits into Friedberg’s estimate, being in the first half of the fifth century.

Establishing this, we can take a look at two contemporary sources.

In 1714, the Maasei Rokach gave an approbation to the sefer Zera Beirach Shlishi, in which he writes about himself, “Since all the gaonim of the land have given their imprimatur by way of their approbations, and I am young of age.” He finishes off his words with “zeira d’min chevraya – the smallest of the group.”

According to our conclusion that he was born in 1685, R’ Elazar was twenty-nine years old at the time, and “I am young of age” is an apropos description. If he was born in 1665, he would have been fifty years of age, clearly not so young anymore.

Another thing that comes to mind is his wife, Rebbetzin Chava. Chava was a granddaughter of Rabbi Moshe Dayan of Krakow and his wife Chava. Chava of Krakow died in 1682, and the granddaughter carrying her name must have been born after her passing. This would allow for the possibility that she and her husband (if born in 1685) were around the same age. If her husband was born in 1665, however, Rebbetzin Chava would be at least seventeen years his junior. That’s surely not impossible but is the less likely option.

I believe from all of the above that we can clearly conclude that the date of the Maasei Rokeach’s birth was 1685. This moves his lifetime forward twenty years and affects other areas of genealogical research, such as to whom his son, Rabbi Moshe from Zolotchiv, was married. But this we will leave for another occasion.