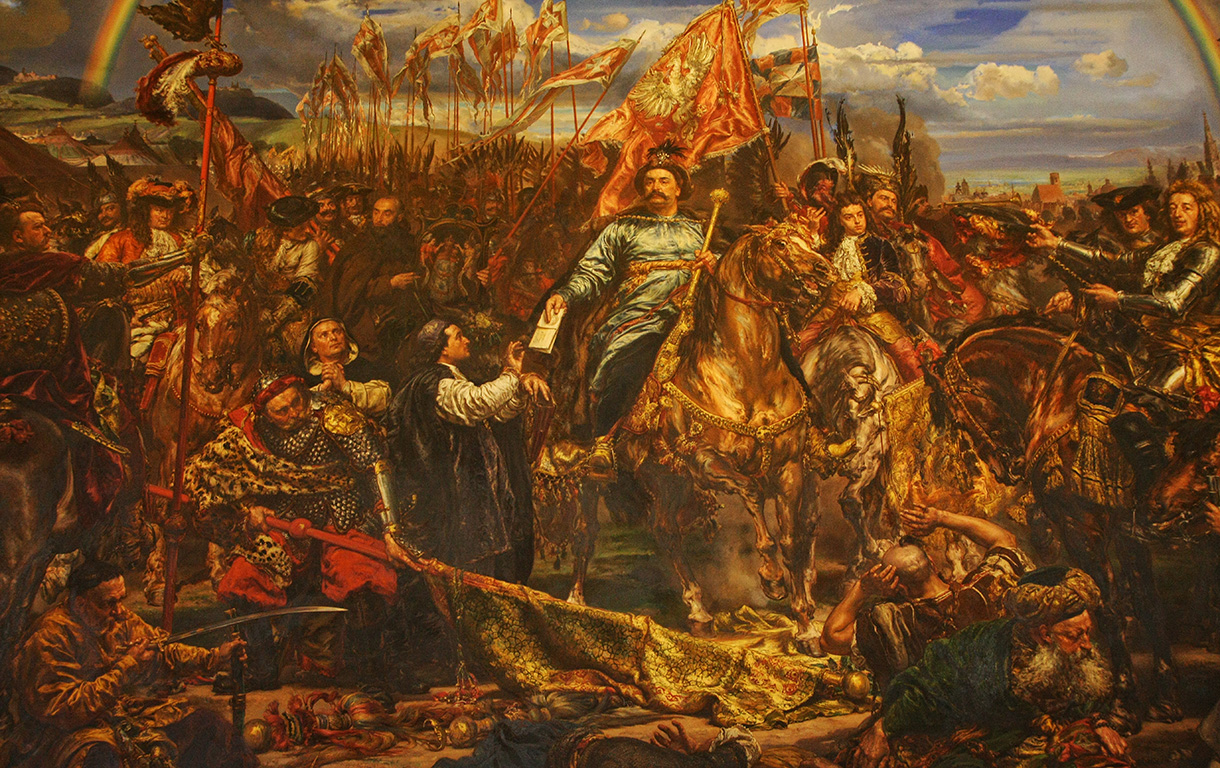 The city records1Kiryah Nisgavah, page 105; Pinkas Vaad Arba Aratzos 510. of [Zhovkva, Ukraine] make mention of the following individual: “The head, the minister, the leader, and wealthy man R’ Simcha, the son of R’ Yochanan of Lemberg [Lvov/Lwiw].” In this article, we will delve deeper into the life and history of this person. It turns out that he was not only famous in his own city and not merely in his own times, but even many years afterward.

The rav of Prague, the great Rav Yechezkel Landau ztz”l, wrote in his sefer She’elos Uteshuvos Noda Biyehudah in reference to a certain medical situation as follows:2Noda Biyehudah, second edition, Even HaEzer 81. “The gaon R’ Meir Frankel, the rav of Zolkiew, was also a doctor in the king’s court together with the famous and brilliant doctor, R’ Simcha.” This was one hundred years after R’ Simcha’s passing and he was still known as “the famous and brilliant doctor,” a medical specialist!

One of the unknown and forgotten greats in Israel was R’ Simcha Doctor. How do we know that the R’ Simcha Doctor mentioned above is the same man? In the city records he is mentioned as R’ Simcha from Lvov, and the Noda Biyehudah writes that he was from Zolkiew.  As we will soon see, they are one and the same, as R’ Simcha lived in both places at various times.

The Menorah of R’ Simcha Doctor

In the famous “Golden Rose Shul”3In an upcoming edition of Kankan you will read all about the fascinating history of this shul. in Lemberg, there was a large and ornate brass candelabra. Its spectacular design and unlikely origins made it truly unique. Although it is no longer extant, Professor Majer Balaban who studied it carefully described it as follows: “The candelabra that we are describing was a large piece of brass, decorated with small pictures of Polish weapons under which was the crest of the Sobieskis. The base was made from the same metal and was decorated with various images and symbols.”

Where did such an uncommon menorah come from? On its base was engraved, “This was donated by the learned doctor of the King John Sobieski, Dr. Simcha Menachem the son of Yochanan Boruch  Mi’Yonah.”

Before we continue with R’ Simcha Doctor, let us write a bit about King John Sobieski whom R’ Simcha served. The king was a celebrated war hero and also very kind to the Jews. How does it come to be that a Polish king should have a liking to the Jews?4Yalkut Yuchasin of Family Heilperin, Shlomei Emunei Yisrael, booklet I, Odessa 1900, page 64.

In the city of Zolkiew lived a very important and prominent Jew known as R’ Itzik Zolkver. He rented estates in the area of Złoczów [Zolochiv], Zborów [Zboriv] and Pomarin [Pomoryany] from a nobleman Pan Jakob Sobieski, the Zolkover poritz. Pan Sobieski had two sons who were soldiers in the Polish army and one of them was killed when captured by the enemy. The old Pan Sobieski became very worried about the wellbeing of his remaining and only son who was in a foreign place, far from home, eating and sleeping in army barracks. However, he did not have much choice in the matter because when the king drafts one to the army, there is no refusing.

When Pan Sobieski was worried and upset about the situation, he found a listening ear by his “Zyd,” R’ Itzik Zolkover. He visited him often and poured out his heart to him about his woes. R’ Itzik always calmed him down by saying, “Don’t be so worried. Your son has a good head and is very resourceful. He will fight for the homeland like a hero and will move up in the ranks to become a colonel or maybe even a general.” The young Sobieski did in fact make his way up the ranks to the position of Field Crown Hetman, which is the highest ranking military officer, second only to the King.

One Friday, young Sobieski returned home dressed in full military regalia, replete with many medals of honor. By his side hung a sword decorated with pearls which he had received from the king. Pan and Pani Sobieski did not recognize their own child.

The young Sobieski, who was friendly with his father’s “Zyd,” went to visit him to tell him of his experiences. He made his visit on Friday night and the family was in the middle of the Shabbos meal. In his honor, they brought out a challah and a portion of fish, after which they presented a bottle of vodka to drink a l’chaim. As they were sitting there, Sobieski noticed that it wasn’t only the “Zyd’s” family but that there were a motley group of guests around the table. After Sobieski finished eating his portion, he regaled the listeners with stories of his stint with the army and described the battles that he had fought. It was extremely interesting to hear about his experiences. In the midst of his storytelling, one of the guests leaned over and whispered in R’ Itzik’s ear, “This young sheigitz will one day be king.”

After the meal was over and all the guests departed, R’ Itzik told Sobieski what the guest had said, to which Sobieski replied, “If it is G-d’s will, so be it.” He ordered that a search be made for this guest but there was no sign of him anywhere. He had disappeared into thin air. In the family it was handed down from generation to generation that the guest was none other than Eliyahu Hanavi.

Three years went by and the young Sobieski was chosen as King John III Sobieski of Poland.

The City of Zolkiew

Let us become acquainted with the Sobieskis of Zolkiew. The city of Zolkiew, which was founded by the nobleman Stanisław Żółkiewski (1547–1620), was not a practical city to settle in. There was no river running through it so that one might transport goods in order to make a living, but there were some small canals. In a certain bill of divorce, it was recorded as follows: “A city that sits on the River Svina [Svynya] and on spring waters.” Technically, it should have said “on the well waters.”

Zolkiewski, wanting to attract a larger population to his new city, contacted the neighboring city of Lemberg. There he owned many large houses and had sold one, recently, to the parnes in Lemberg, R’ Yisroel Aideles. He knew that the Jewish quarters in Lemberg were becoming crowded and he offered the city of Zolkiew as a solution to that problem. The Jews moved and Zolkiewski provided them with fair, no-tax terms. He offered to build them a shul, allow their own cemetery, and also gave them autonomy in having their disputes settled in their own beis din.

On Zolkiewski it could be said “may he be mentioned for good” because he came to the aid of the Jews in Lemberg when the Jesuits were attempting to steal the “Golden Rose Shul,” as you will read in an upcoming article. His intervention didn’t last very long, however, because Zolkiewski’s wife, Regina Herburt, was a religious Catholic and swayed things the other way.

Zolkiewski enjoyed fighting in wars and he was very active at the front. During his frequent and prolonged absences from the city, his wife, who was no lover of the Jews, took over the reins. Her hatred of the Jews is apparent from the documents that she wrote at the time.

Slowly, the city of Zolkiew developed and every once in a while there was a changeover in the nobleman who ruled the city, some better, some worse. In the year 1617, Pan Jakob Sobieski was in the ruling position. In that year he gave the Jews permission to buy homes from the non-Jewish citizens of the city which was usually not allowed. When the local Catholics began to grumble and make problems, Pan Sobieski was on the side of the Jews and always tried to help them.

In the year 1640, anti-Semitic students led a pogrom against the Jews and the local gentiles were silent. Pan Sobieski sent a sharp letter to the local Jesuits in which he compared them to the “so-called students who ended up in front of a judge.”

In 1649, Pan Sobieski’s tax collector, Feivush Meyerovich, went bankrupt. A man who is recorded in the archives as Itzik Markowitz took over Feivush’s lease. Feivush Meyerovich was probably the same person as R’ Yoel Feivush, the son of Meyer Ashkenazi. On Monday, the 27th of Sivan, 1646, he signed a document affirming that the city had finally chosen a rav and founded a beis din. This was so they wouldn’t have to travel to Lemberg to take care of every dispute. This Itzik Markowitz is none other than our R’ Itzik Zolkover.

In the Zolkover archives we find that in the year 1650, the daughter of a Cracow official sold a house to R’ Itzik of Zolkiew on Tozenitzka Street. Eight years later, we find that R’ Itzik had a house with many acres of land for his son, Marek, who is also known as Gunper. This Marek is the “great, notable, head, leader, elder, and rav R’ Mordechai Gomprecht, the son of R’ Yitzchok” who is often mentioned in the register of Zokiew community.

After Pan Sobieski’s reign came to an end, his son John took over and was just like his father in that he was very good to the Jews.

John Sobieski was born on the 17th of August, 1629, in the city of Olesko which is not far from Lemberg. In his youth he studied in Cracow. Upon completion of his studies, he toured Europe together with his brother Marek on a journey to get to know the political figures of the time. During that trip, his horizons were broadened as he became familiar with many different cultures and learned the languages of many countries.

In the year 1648, the two brothers came to Poland and encountered the battle between the Polish forces and Khmelnytsky’s barbarians. John founded his own military group of riders and accepted the position of “Rittmeister,” head of the cavalry. His brother, Marek, was captured in the middle of the war by the Cossacks and died in captivity. John Sobieski was very successful in battle and they constantly pushed him up the ranks.

A few years after the war with Khmelnytsky, Poland waged war against the Ottoman Empire. On the 2nd of Kislev, 1694, there was the “Massacre of Khotin” which was the turning point in the war. It ended with a ceasefire and a Polish victory. The news of the victory came simultaneously with the news that the reigning Polish king, Michael I, had died. This victory helped pave the way for Sobieski, who became the Polish king a few months later.

John Sobieski was a heroic king and a friend of the Jews. In the year 1687 he gave long-awaited permission to build a shul in Zolkiew. There were many Jews who had a fixed position in his palace. One of these was the Maharam Frankel.  Another was R’ Betzalel Muchsen, whom everyone called “the second Mordechai.” The third was called R’ Simcha Doctor.  Who was this R’ Simcha?