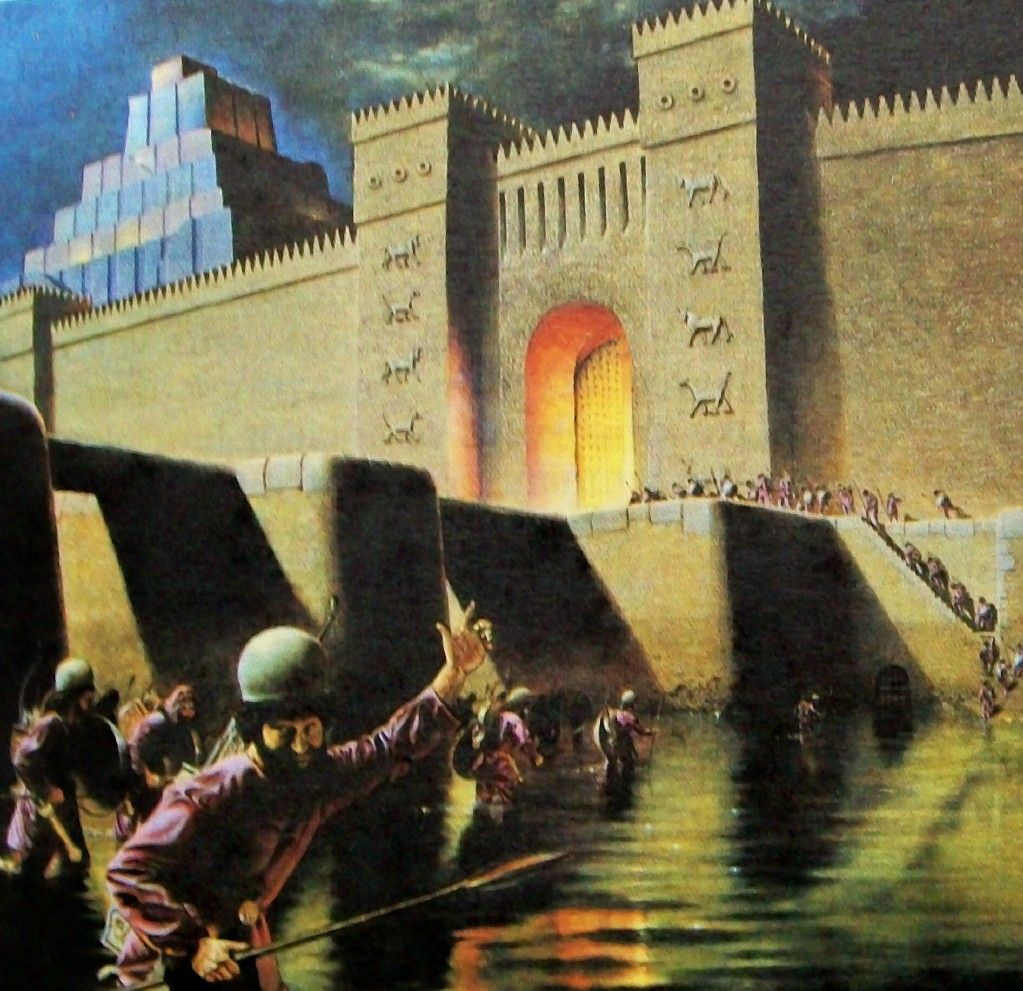 Babylon was the capital of Babylonia, and from the Babylonian empire who ruled the whole civilized world.

Nevuchadnezzar II was the first ruler of the Babylonian Empire. The one who dared to destroy the holy house of Hashem in Jerusalem. The one, who fortified the walls of Babylon, to a degree believed to be indestructible. Well, on the very same day his glorified city suffered a humiliating historical defeat.

Read more about it here.